Surprising names behind these famous works 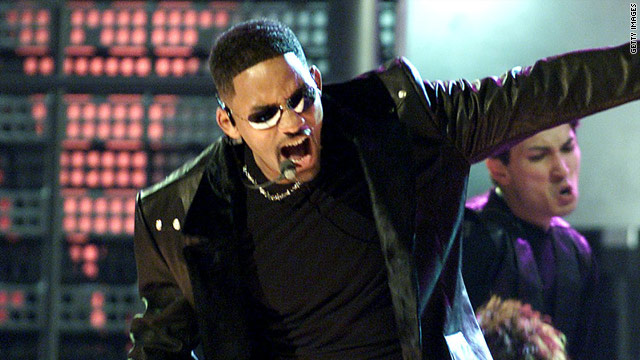 (Mental Floss) -- Which late night TV personality co-wrote "It's Raining Men"? Who came up with the State Farm jingle before hitting the big time? And who was the kid lit superstar who penned Johnny Cash's "A Boy Named Sue"?

Here are the surprising names behind 10 famous creations.

You have to respect Aretha Franklin's pipes, but she didn't pen her signature song. Crooner Otis Redding wrote the tune as a bluesy plea to a woman for his third record, 1965's soulful Otis Blue.

Redding released the song as a single, and it even reached the top five on Billboard's R&B chart and number 35 on the Pop Singles Chart.

2. "Like a good neighbor, State Farm is there!" (Barry Manilow)

Before Barry Manilow became a star, he put his Juilliard education to use by writing advertising jingles.

In addition to the enduring State Farm jingle, he also cranked out "I'm stuck on Band-Aid, 'cuz Band-Aid's stuck on me!"

Mental Floss: How to tweet yourself out of a job

Although Silverstein is best remembered for his children's poetry, he also penned songs for stars like Loretta Lynn, wrote plays and was a mainstay at the Playboy Mansion.

Did you watch "Dirty Dancing's" futile attempts at putting Baby in a corner and think, "This film feels incomplete. What we need is a prequel. Not just any prequel, though. One set in Havana!"?

Apparently someone did. When producers decided to film a sequel for a 2004 release, they didn't just crank out a fresh story, though. Instead, they reworked a screenplay that NPR's Peter Sagal, the host of "Wait, Wait...Don't Tell Me!" had written in the early 1990s.

Sagal's original screenplay dealt with the true story of a young American girl who witnessed the Cuban revolution, but the version that made it to the screen sucked out all of the politics and replaced them with dancing.

As you might have guessed, the film was a flop, but even though not a single line of Sagal's dialogue made it to the screen, he got a story credit.

Believe it or not, the Weather Girls didn't write all their own material. Stalwart songwriter Paul Jabara and David Letterman's bandleader, Paul Shaffer, actually co-wrote the number-one dance hit. In a 2009 interview with USA Today, Shaffer quipped, "You've got to be a really straight man to write a song like 'It's Raining Men.'"

John Quincy Adams wrote the Monroe Doctrine while working as Secretary of State under James Monroe in 1823.

The concept that any further acts of colonization or meddling by European powers in the Western Hemisphere would be viewed as acts of aggression against the U.S. helped shape American foreign policy through the Cold War, but few people remember Adams' contribution.

Since Monroe introduced the doctrine during one of his State of the Union addresses, it bears his name.

It's a good thing Nas has hip-hop street cred to burn, because he co-wrote Will Smith's 1998 dance single "Gettin' Jiggy wit It." Smith's track may not make anyone forget Nas' Illmatic album, but it did spend two weeks atop the Billboard charts.

This Beach Boys track, a cut from their 1969 album 20/20, would probably have been doomed to obscurity if not for its backstory. In 1968 Beach Boys drummer Dennis Wilson was pals with an eccentric struggling singer-songwriter named Charles Manson.

Manson gave Wilson a song called "Cease to Exist," and Wilson retooled the lyrics and the melody to create "Never Learn Not to Love."

9. "Me and Bobby McGee" (Kris Kristofferson)

Janis Joplin's signature song was actually the result of another great songwriter's struggles.

In the mid-1960s, Kris Kristofferson was desperately trying to make it as a songwriter, but he was stuck working as a helicopter pilot for oil rigs in the Gulf of Mexico. He banged out a tune about how liberating it felt to have nothing left to lose, and his star began to rise.

Country singer Roger Miller and folk rocker Gordon Lightfoot both scored minor hits with the song, but it didn't become a smash until Joplin recorded her own cover, which was part of her posthumously released Pearl (1971).

This chart-topping duet for Kenny Rogers and Dolly Parton came from the minds of disco icons. The Bee Gees originally wrote the song as an R&B track -- various rumors postulate that it was written with either Marvin Gaye or Diana Ross in mind -- but handed it over to Rogers instead.

Smart move: the song topped the country and pop charts, went double platinum, and was the best-selling single of 1983.