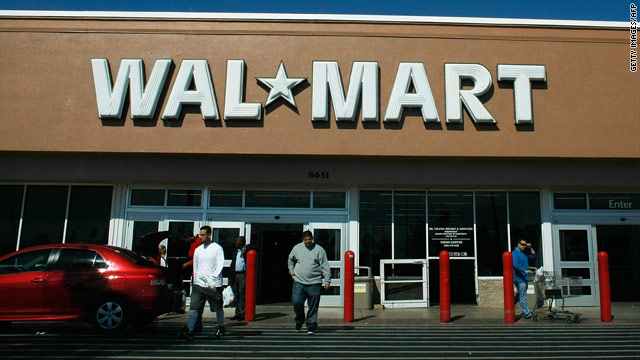 Wal-Mart officials say they're sympathetic to Joseph Casias' condition, but the company must protect its customers and workers.
STORY HIGHLIGHTS
RELATED TOPICS

(CNN) -- The American Civil Liberties Union has filed a lawsuit against Wal-Mart for the termination of a Michigan employee whose doctor verified his illness qualified for medical marijuana use.

Wal-Mart, the nation's largest retailer, fired Joseph Casias in November 2009 after he failed an on-the-job injury-related drug test. Casias suffers from a rare form of cancer in his nasal cavity and brain, and he relied on his doctor's medical marijuana prescription to alleviate the daily pain. Casias is one of about 20,000 legal medical marijuana users in Michigan.

"Medical marijuana has had a life-changing positive effect for Joseph, but Wal-Mart made him pay a stiff and unfair price for his medicine," said Scott Michelman, staff attorney with the ACLU Drug Law Reform Project.

"No patient should be forced to choose between adequate pain relief and gainful employment, and no employer should be allowed to intrude upon private medical choices made by employees in consultation with their doctors," Michelman said.

Wal-Mart officials say they are sympathetic to Casias' condition, but the company needed to put the safety of its customers and associates first.

"As more states allow this treatment, employers are left without any guidelines except the federal standard," wrote Lorenzo Lopez, a director of media relations at Wal-Mart, in an e-mail to CNN. "In these cases, until further guidance is available, we will always default to what we believe is the safest environment for our associates and customers."

The ACLU's lawsuit, filed in Calhoun County Circuit Court in Michigan, comes at a time when the controversy over medical marijuana is still being debated in many states. To date, 14 states have laws allowing the use of medical marijuana, which protect legal users from criminalization. But the laws are murky when it comes to protecting users from termination by their employers in some states.

Casias told CNN in March that he never arrived at work high and used the medical marijuana only outside of his work hours.

Michigan is an at-will employment state, which means employers can terminate a worker for any reason except for being in a federally protected class such as race, gender and religion. The ACLU is arguing legal medical marijuana users should also be protected under a Michigan law.

"I was angry they did this to me because I always tried my best," Casias said to CNN in March. He had worked for Wal-Mart for nearly five years to support his wife and two young children. He started at the company as a grocery store stocker in 2004 before moving up to become an inventory control manager. He earned an Associate of the Year Award at Wal-Mart in 2008, a year before his termination.

He has battled with his cancer for more than a decade. The lawsuit says the medical marijuana was able to provide him with pain relief.