Parsley-cilantro recall expanded to include other vegetables 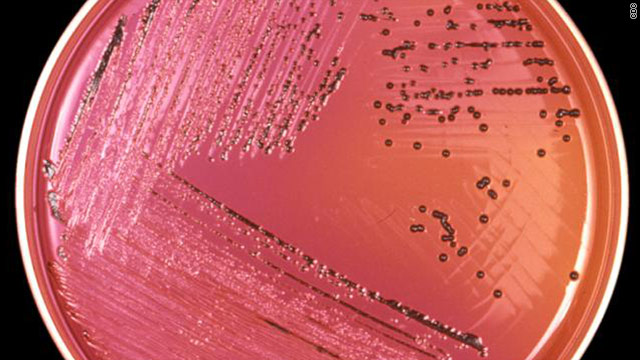 Salmonella bacteria like these have sickened nearly 100 people in the current outbreaks.
STORY HIGHLIGHTS

(CNN) -- A Texas distributor has expanded a recall already involving thousands of cases of produce over fears of salmonella cross-contamination in its processing facility, the company said.

The case is one of two apparently unrelated outbreaks that have sickened nearly 100 people in the United States and Canada.

J&D Produce, Inc. had previously announced the recall of nearly 7,000 cases of cilantro and curly parsley after samples in Quebec, Canada, and Michigan tested positive for the bacteria, the company said Monday.

The "precautionary, voluntary recall" pertains to cilantro and parsley packed between November 30 and December 6, the Edinburg, Texas-based company said in a statement. The produce was processed and branded as Little Bear between those dates can be taken to retailers for a full refund.

The company is also recalling 19 other types of produce that were run on the same packing lines, because the salmonella may have spread to those products as well.

"It's imperative to protect public health, even if that means being overzealous in expanding the scope of the products we're calling back," said James Bassetti, president of J&D Produce. "We will work closely with regulators, health officials and our customers in bringing back the products."

The recall came after independent tests found salmonella on the company's parsley in Quebec and its cilantro in Detroit, Michigan.

A complete listing of the other recalled produce will be available on the company's website.

After the positive results, regulators and health officials in the United States and Canada have stepped up inspections of J&D Produce's facilities, Bassetti said. They also undertook other measures, including stopping and sanitizing all production lines, adding manual inspections, rinsing products more and bringing in consultants.

In addition to cilantro and parsley, the Texas company gathers, packs and distributes a variety of fruits and vegetables such as carrots, limes, eggplants, peppers, greens, onions, melons, mangoes and asparagus, according to its website.

A separate salmonella outbreak linked to alfalfa sprouts has sickened some 94 people in 16 states and the District of Columbia, the Centers for Disease Control and Prevention reported Tuesday.

The FDA said Monday that the sprouts were distributed in Indiana, Iowa, Missouri and possibly other midwestern states, with roughly half the illnesses occurring in Illinois.

Those who get it typically develop fever, abdominal cramps and diarrhea between 12 and 72 hours after becoming infected. Most people recover on their own, without needing significant treatment. But salmonella in very young and very old people, as well as those with weakened immune systems can lead to severe illness and even death.