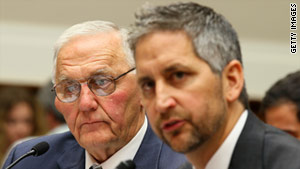 (CNN) -- Wright County Egg, one of two Iowa farms at the center of this past summer's salmonella outbreak and massive egg recall, won federal approval Tuesday to sell to consumers eggs produced at two henhouses.

"During the outbreak, I said that FDA would not agree to the sale of eggs to consumers from Wright County Egg until we had confidence that they could be shipped and consumed safely," said Food and Drug Administration Commissioner Margaret A. Hamburg in a statement. "After four months of intensive work by the company and oversight, testing, and inspections by FDA, I am satisfied that time has come."

The outbreak of Salmonella enteritidis sickened more than 1,600 people and triggered the recall of more than a half-billion eggs. Wright County Egg, of Galt, Iowa, had not shipped eggs to consumers from the two hen houses since August.

In the summer, the FDA found what it termed "deplorable" conditions at Wright County Egg after the company conducted a nationwide voluntary recall of shell eggs that it had shipped since May 19, 2010. Shell eggs from Wright County Egg were sold to distributors and wholesalers in 22 states and Mexico, who then distributed the shell eggs further.

According to the FDA statement, Wright County Egg took the following corrective steps at the barns on one of its six farms:

-- The laying hens present in these houses at the time of the outbreak have been removed and the houses cleaned, sanitized and tested to ensure that they are no longer contaminated with Salmonella enteritidis.

-- Infected pullets were replaced with Salmonella enteritidis-negative pullets that have been vaccinated.

-- A rodent problem has been corrected and a system put in place to control and monitor them.

-- Corrective actions against contaminated feed included cleaning and disinfecting the feed mill; eliminating eggshells, meat and bone meal from the feed; and testing of feed ingredients and feed for Salmonella enteritidis.

"Corrective actions continue to be implemented for Wright County Egg's remaining houses, operating on six farms," the FDA said. "The agency will work with Wright County Egg officials to assure appropriate steps are taken before permitting resumption of shipping to the shell egg market from other houses and farms."

Wright County Egg said it is meeting requirements that are more stringent the FDA's egg safety rule, including worker retraining and extensive testing.

"Extraordinary measures have been put in place to put our egg farms at the forefront of food safety and to protect the health of our birds, and our team has worked tirelessly over the past several months to ensure that the past situation is never repeated," Wright County Egg chief operating officer Peter DeCoster said in a statement Tuesday.

After the recall, fresh eggs at facilities believed to be contaminated were sold to "breaking plants" that break the eggshells, pasteurize the eggs and turn them into liquid or other form used in a variety of products, officials said. That step was meant to kill any pathogens.

The two barns resuming shell egg production will produce about 72,000 dozen eggs per week, or about 3.7 million dozen eggs each year, according to Wright County Egg. About 800,000 eggs per week are still going to "breaking plants."

Wright County Egg and Hillandale Farms of Hampton, Iowa, have worked to correct problems so that they could again ship shell eggs directly to the table.

In October, the FDA allowed Hillandale Farms start shipping its eggs from three of its henhouses.

According to the FDA, since August, three egg-producing houses owned by Hillandale had been extensively tested and have been found to have no evidence of Salmonella contamination.