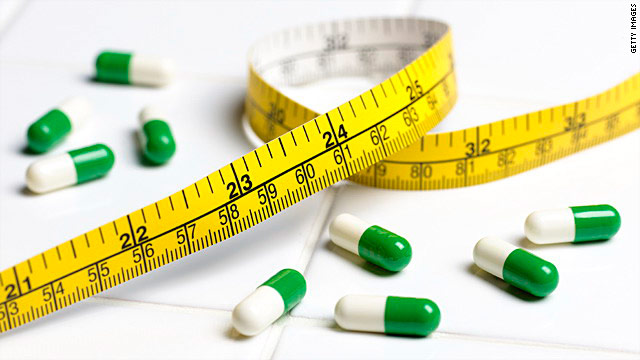 Atypical antipsychotic medication may help with psychosis, but taking the drug often comes with a price.
STORY HIGHLIGHTS
RELATED TOPICS

(Health.com) -- Katie's temper tantrums and emotional outbursts became uncontrollable when she was 5 years old. After diagnosing her with Asperger's syndrome and attention deficit hyperactivity disorder (ADHD), doctors placed her on risperidone, an antipsychotic drug used to treat irritability and aggression in autistic children.

The medication "took the edge off," according to her mother, Janet, but it also made Katie ravenously hungry -- a side effect that Janet says she was never warned about. "It was like she had a constant, insatiable hunger and was almost gorging her food," she recalls. "Like when you haven't been able to eat, are starving, and forget your manners."

In less than a month, the slim, 40-pound kindergartner gained 5.5 pounds -- about 14 percent of her body weight. (That's comparable to a 120-pound woman gaining 17 pounds.) Within a year Katie weighed 60 pounds.

Risperidone (sold under the brand name Risperdal) belongs to a class of drugs, known as atypical antipsychotics, that also includes Seroquel, Zyprexa, Abilify, and Geodon, among others. When they first appeared on the market in the 1990s, these drugs -- sometimes called "second-generation" antipsychotics, to distinguish them from older antipsychotics such as thorazine -- were used primarily to treat bipolar disorder and schizophrenia.

That was just a start. In recent years, the Food and Drug Administration (FDA) has approved several of the drugs as an add-on medication for depression and autism, and research shows that doctors commonly prescribe them "off-label" (i.e., without the FDA's official blessing) for a wide range of conditions, including anxiety, ADHD, post-traumatic stress disorder (PTSD), and even insomnia.

The use of atypical antipsychotics has soared as a result, and they are now the best-selling class of prescription drugs in the U.S. Roughly 5.5 million people in the U.S. received a prescription for an atypical antipsychotic in 2008, an increase of more than 20 percent from 2004. The increase has been especially dramatic among children, adolescents, and older people.

As the number of prescriptions has risen, so too have concerns about the dramatic weight gain that occurs in as many as 30 percent of patients who take atypical antipsychotics.

In some cases, the drugs also appear to contribute to elevated blood-sugar levels, high blood pressure, and other risk factors for heart disease and diabetes. (Whether the drugs do in fact cause dangerous metabolic changes, including diabetes, is currently being debated in class-action lawsuits involving thousands of patients and several law firms around the U.S.)

Patients such as Katie (or their parents) may find themselves in a dilemma: The drug that keeps their debilitating mental illness at bay might cause their weight to balloon, potentially leading to emotional distress and serious medical problems that have little to do with their original diagnosis.

It's not entirely clear how widespread or serious antipsychotic-related weight gain is. But it's common enough -- and potentially damaging enough -- that it's an important factor to consider when deciding whether to take these drugs.

The anatomy of weight gain

Michael, an outgoing and physically fit 19-year-old college student, experienced his first psychotic episode earlier this year. While at a relative's house on Memorial Day weekend, he began acting oddly, typing frantically into a friend's iPhone and yelling at someone who was not there. "It was like a light switch changed from on to off," his mother, Alisa, recalls.

He was taken to the hospital and put on risperidone and anti-anxiety medication. Although he experienced a handful of mostly minor side effects, such as feeling lethargic, the most notable one was a voracious appetite, just like Katie's. He began eating constantly and gained 25 pounds in six months.

Researchers aren't certain what's behind the dramatic weight gain experienced by some patients taking antipsychotics, but the revved-up appetite that visited Katie and Michael is almost certainly partly to blame.

In a 2007 study involving mice, researchers at John Hopkins University and the University of Vermont found that Zyprexa and another antipsychotic, clozapine (Clozaril), quadrupled the levels of a brain enzyme that spurs appetite. And a study in humans published in the journal Obesity earlier this year found that men who took Zyprexa for just two weeks increased their food intake by 18 percent, on average.

Appetite may not be the whole story, however. Some patients on atypical antipsychotics don't feel hungrier yet still gain weight; in these cases, metabolic changes -- such as a rise in insulin resistance -- may be responsible, says Dr. James Phelps, M.D., a psychiatrist at Samaritan Health Services, in Corvallis, Oregon.

As with anyone who's overweight (or on their way there), people on antipsychotics who follow an intensive regimen of diet and exercise can slow and even reverse weight gain stemming from the drugs. But as some experts have pointed out, a program like that may be too much to ask from people who are depressed, mentally ill, or feeling sedated, a familiar side effect of antipsychotics.

How common is it?

Studies have found that between 7 percent and 30 percent of people taking atypical antipsychotics experience "clinically significant" weight gain, which is defined as gaining 7 percent or more of your body weight. In those studies, the percentage of people on an atypical antipsychotic who gained a clinically significant amount of weight was between 2 and 10 times greater than the comparable rate among people taking placebo.

Psychiatrists say these ranges are in line with what they see in practice. Dr. Merrill Herman, M.D., an associate clinical professor of psychiatry at the Albert Einstein College of Medicine, in New York City, says that about one-fifth of his patients who take atypical antipsychotics gain weight.

Phelps says that he, too, sees the problem often. "Glucose numbers go up quickly with a lot of my patients," he says, referring to blood-sugar levels. "Most people who take Zyprexa get a profound weight gain, even though the studies don't seem to come out like that."

Dropout rates are one reason weight gain may be understated in studies. The percentage of study participants who, for a variety of reasons, stopped taking antipsychotics (both first- and second-generation) has been as high as 82 percent. Weight gain is a common reason for discontinuing treatment, so the people who stay with a drug until the end of a study may be less prone to its metabolic side effects.

Health.com: Signs you should stop, adjust, or switch antidepressants

In addition, the manufacturers of some atypical antipsychotics have been accused of suppressing data. In a now-notorious internal email from 1999 that came to light during the recent lawsuits, a manager at AstraZeneca described the company as having "buried" (i.e., declined to publish or publicize) at least three clinical trials involving Seroquel.

In one of those studies, 45 percent of the patients who took the drug experienced substantial weight gain -- 11 pounds in one year, on average. (A spokesperson for AstraZeneca, which has agreed to pay hundreds of millions to settle lawsuits related to Seroquel, has said that the company disclosed this study to the FDA, and that Seroquel's side effects, including weight gain, are listed in the prescribing information.)

The study populations may also explain in part why weight gain appears to be less common in studies than in the real world, says Dr. Stephen Grcevich, M.D., a child and adolescent psychiatrist in Chagrin Falls, Ohio, and a professor of psychiatry at Case Western University.

Many of the children who enroll in studies that drug companies conduct for FDA approval have already tried other antipsychotics, and thus may have already experienced some weight gain, Grcevich says.

A 2005 study in the Journal of the American Medical Association that did look at children and teenagers who were taking an atypical antipsychotic for the first time found that 10 percent to 36 percent became overweight or obese after just 11 weeks on the drugs.

Janet voiced her concerns about Katie's weight gain to numerous physicians, but most said, "If the symptoms are better, a little weight gain isn't a big deal."

As it turns out, it was a big deal. After being on the medication for nearly six years, Katie's cholesterol, triglycerides (fat in the blood), and other metabolic measures began to rise to unhealthy levels.

Grcevich, who began seeing Katie about three years after she started taking risperidone (and is not currently her doctor), recommended weaning her from the medication, but she became violent and suicidal. Her parents placed Katie -- who has since been diagnosed with a number of developmental, neurological, and emotional conditions -- in a residential treatment facility, where she is now receiving care to be successfully removed from risperidone.

If weight gain is a potentially serious problem with atypical antipsychotics, why do so many psychiatrists still prescribe them? The answer's simple: For many patients, the drugs are effective. They reduce the risk of violence and suicide, and they help people with serious mental illnesses to function.

"I think the evidence is compelling that if a child or teenager clearly has bipolar disorder these are the best medicines to treat that condition," Grcevich says. The same goes for children with schizophrenia and autism with aggressive behavior, he adds.

Every doctor and patient needs to carefully weigh the risks of the mental illness versus the potential weight gain. "In the last year or two, there's been a growing awareness among physicians of the risks, especially of the weight gain issue," says Grcevich. Often, after he informs patients and their parents about the possible side effects of atypical antipsychotics, "families choose not to pursue that as a treatment option," he says.

There are other options for adults with bipolar disorder or schizophrenia, but they don't always do the trick. For example, some bipolar patients can be treated with mood stabilizers such as lamotrigine, but, unlike atypical antipsychotics, they do not help with symptoms during the manic phase of the disorder, Phelps points out.

In the end, it's up to the doctor and patient to work together to figure out a plan. Except in emergencies and other special cases, Phelps generally discusses four principles with his patients prior to beginning any drug therapy: why he is suggesting the treatment, what the alternatives are, what the risks are, and any questions they may have.

"Weight gain does play a role in decision making," he says. "The problem is, it is endless working your way through the trade-offs."

For now, Michael has decided that the weight gain is a reasonable price to pay for the benefits of the medication, which helps soothe his anxiety. "He's come to terms with having to take it and accepting the risks and side effects," Alisa says.