How to call in sick without jeopardizing your job 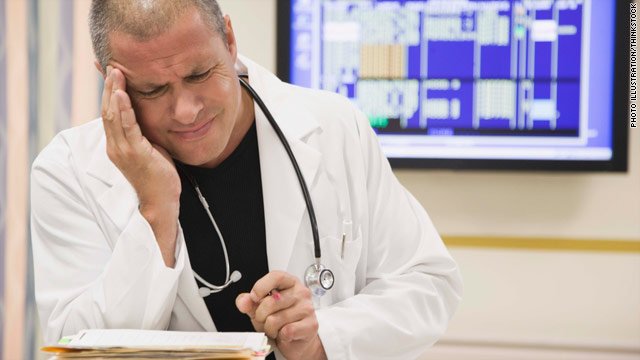 Consider calling in sick for a splitting headache -- even if you're not contagious. Your symptoms could affect your performance.
STORY HIGHLIGHTS
RELATED TOPICS

"Being of Irish descent, I wanted to take the day off," says McCoole, a government employee in Alpine, California.

He called early enough so he could leave a message and skip the awkward talk with his boss. "The next day a supervisor came over the PA system and announced, 'Two people called in sick yesterday, St. Patrick's Day: Eric McCoole and Brian O'Malley.' Luckily, everyone laughed," McCoole recalls. "He said next year we should flip a coin to decide who takes that day off."

Ah, the good old days. Few folks in today's workplace are calling in sick even if they have a cold, the flu, or a sinus infection. Given the economic meltdown, the highest unemployment rate in years, and layoffs around every corner, workers are more likely to drag themselves into the office even when they feel like death warmed over.

Health.com: Is it a cold, flu, or something else?

The fear? If they call in sick, they won't have an office to drag themselves into the next day.

Why you should call in sick

While they might feel heroic, sick employees who come to work -- a phenomenon known as presenteeism -- can actually hurt companies. Even if you're not scheduled to scrub into the ER and save lives, you can still endanger others by showing up for work in a cloud of germs.

"You always have to weigh the risks and the benefits," says Dr. Aaron E. Glatt, M.D., a spokesperson for the Infectious Diseases Society of America and president and CEO of the New Island Hospital in Bethpage, New York.

Glatt suggests asking yourself, "What greater good can I do by being there?" If it's not essential for you to go in, and you know you won't be productive, stay home.

Health.com: Is your job making you sick?

People who are coughing or sneezing (symptoms of illnesses spread by airborne transmission) should probably stay home anyhow, according to Glatt, as should anyone with an open wound or those incapable of keeping good hygiene. "We have to be conscious that we are not only taking care of our own health, but the health of other people," he says.

Even if you are not contagious, you should still consider calling in sick if a splitting headache is making you dizzy or if an over-the-counter cold remedy has your brain in a fog. If your symptoms will affect your performance -- if, say, your job involves driving, operating heavy machinery, or wrangling persnickety clients -- you're better off at home.

How to call in sick

Don't feel guilty if you decide to stay home. If you're miserable, you'll be doing your boss, coworkers, and yourself a favor by skipping an unproductive, germ-spreading day in the workplace.

Plus, you're probably not using all your allotted sick days anyway. According to a 2007 report by Mercer Human Resources Consulting, the average employee took about five sick days in 2006, even though most companies offered eight or nine, on average.

If you're worried that your boss or coworkers will think you're faking, here's what to do:

Speak with a boss or supervisor on the phone -- don't send an email -- as early in the day as possible.

Make sure to apologize for the inconvenience.

Keep the call short and to the point; your manager doesn't need to know all the gory details.

Don't resort to fake coughs or talking while bent over the toilet; there's no need to oversell it.

Keep in mind that the more often you're absent on Mondays and Fridays, the more suspicious it will seem.

Health.com: 5 myths about the common cold

Regardless of how conscientious you are, be prepared for a healthy dose of skepticism from your manager. He or she has probably heard every excuse in the book.

One-third of workers have taken a day off when they weren't really sick, according to a survey of more than 6,800 employees conducted by CareerBuilder.com.

And the survey showed there's some lame excuses out there: "I donated too much blood." "My psychic said I should stay home." "A soda can fell out of the fridge and injured my toe."

Of the surveyed workers asked to explain their excuse for playing hooky, 30 percent said they simply needed to relax, 22 percent wanted to catch up on sleep, 14 percent wanted to take care of some personal errands, and 9 percent wanted to miss a meeting or finagle some extra time for an overdue project. A good chunk of them -- 34 percent -- just didn't feel like going in.

Most of the time, your manager probably won't ask about the details. Of the 3,300 employers in the survey, the majority didn't question why an employee was out for the day. However, 31 percent said they have checked up on employees who called in sick.

To avoid getting caught in a job-jeopardizing lie, your best bet is to call in sick only when you are truly ill; avoid lame excuses if you're not. If your psychic tells you to stay home, best not share that tidbit with your boss.