Cheese sold at Costco in 5 states linked to E. coli 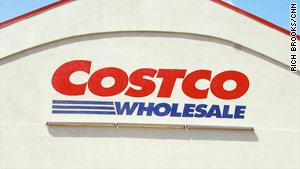 Costco is offering refunds to customers in the five states who return the cheese.
STORY HIGHLIGHTS

(CNN) -- Federal health officials are warning consumers to avoid a cheese sold in five states over an E. coli outbreak that has left 25 people sick.

The Gouda cheese was sold at Costco stores in Arizona, California, Colorado, New Mexico and Nevada.

Twenty-five people have been sickened by E. coli in the five states, the Food and Drug Administration said. No deaths have been reported.

Those who have purchased the cheese should dispose of it in a closed plastic bag and place in a sealed trash can, the FDA said.

Costco also is offering refunds to customers who return the cheese.

Officials urged those experiencing such symptoms to contact a health care provider.