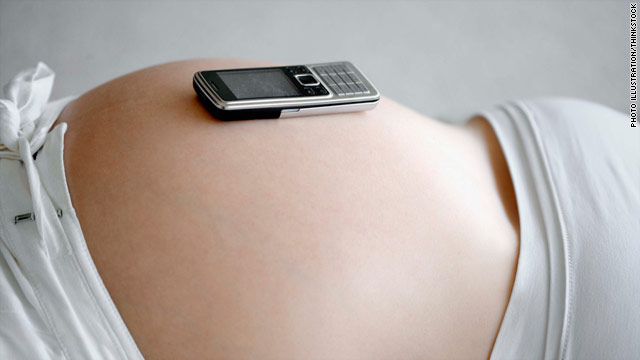 The Environmental Working Group found an average of 232 chemicals in the cord blood of 10 babies born in late 2009.
STORY HIGHLIGHTS

(CNN) -- Pregnant again after two miscarriages, Molly Gray was desperate for answers that could help prevent losing a third baby.

When she heard about a small study to test the blood of pregnant women for chemicals, she signed up. The result was shocking: Gray's blood tested high for mercury, a heavy metal that can cause brain damage to a developing fetus.

A Senate subcommittee Tuesday will examine how chemicals that Americans are exposed to in daily life might be harming the health of children, including those developing in the womb.

Gupta examined the topic in the CNN special "Toxic America" first broadcast in June, which focused on the impact of exposure to chemicals in daily life. The first hour was "Toxic Towns USA," which looked at a once-rural town in Louisiana now surrounded by chemical plants, and the second hour was "Toxic Childhood," which examined chemicals in everyday life and their possible health effects.

The special exposed stories such as Gray's situation, which she called "scary and disheartening."

"Somehow my son was being exposed to mercury, and that's a weight to carry because I feel like our job as parents is to protect them, to care for them, to nurture them and to keep them out of harm's way," Gray told CNN earlier this year.

A growing number of studies are finding hundreds of toxic chemicals in the bodies of mothers, and subsequently, in their babies after birth.

Tuesday's hearing, called by Sen. Frank Lautenberg, D-New Jersey, will take place at the University of Medicine and Dentistry in Newark, New Jersey. Lautenberg has called for updating the federal regulations to require manufacturers to show chemicals are safe before introducing them on the market.

Other planned witnesses include Lisa Huguenin, a New Jersey mother of a child with autism and an immune system disorder; Dr. Steven Marcus, executive and medical director of the New Jersey Poison Information and Education System; and Dr. Frederica Perera, director of the Columbia Center for Children's Environmental Health.

The organization's study found an average of 232 chemicals in the cord blood of 10 babies born in late 2009. They are chemicals found in a wide array of common household products, including shampoos and conditioners, cosmetics, plastics, shower curtains, mattresses, and electronics like computers and cell phones.

Gray still struggles with the idea that mercury from her blood may have been passed to her baby.

"There's plastics, there's mercury, there's pesticides," said Gray, who also is a practicing midwife. "The things that we're cleaning our homes with, the things we're building our houses with. I think the sheer volume of the things we have to worry about is a little overwhelming."

Even when her son, Paxton, now more than a year old, was born healthy, Gray and her husband remained vigilant. They steer clear of any products with potentially toxic chemicals.

"Knowing that he got these chemicals from my blood, it's really scary," Gray said, adding: "Paxton and all of our future generations are carrying around this burden that we don't know what it means yet. It's the huge sea of unknown."