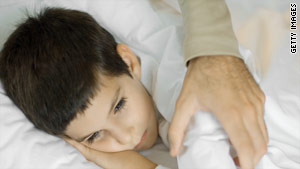 All nine infants were under three months of age, the state's Department of Public Health said.

As of Tuesday, the state has recorded more illnesses due to whooping cough -- 4,017 -- than in any year since 1955, the department said.

Whooping cough, or pertussis, may look like just like a cold or a persistent cough in adults. But in infants, it can be fatal, doctors say.

Whooping cough was declared an epidemic in California in June. Peaks in cases of the highly contagious disease cycle every two to five years. California saw its last peak in 2005, with 3,182 cases, according to state health officials.

Some doctors relate this recent rise in cases to the parents who have shied away from vaccinating children due to fears, albeit unfounded, that there is a connection between vaccines and autism.

Dr. Jennifer Shu, a pediatrician at Children's Medical Group in Atlanta, Georgia, thinks this is a primary factor in the resurgence of whooping cough.