CDC: Motor vehicle crashes cost the US $100 billion a year 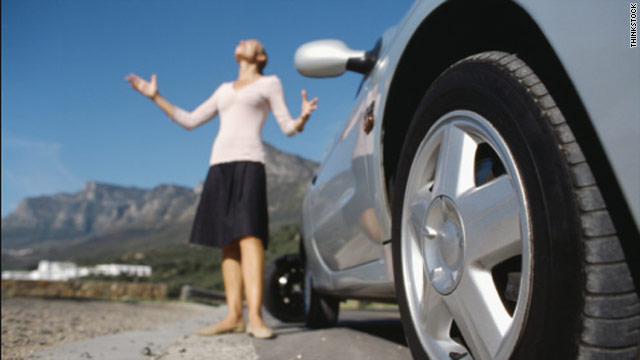 Every 10 seconds, someone in the United States is treated in an emergency department for crash-related injuries.
STORY HIGHLIGHTS
RELATED TOPICS

Atlanta, Georgia (CNN) -- Motor vehicle accidents don't just impact the people involved, they also impact the economy, to the tune of just under $100 billion for medical care and injury-related productivity losses in the United States each year, according to a study released by the Centers for Disease Control and Prevention on Wednesday. That includes $3.6 billion annually toward injuries to children.

On average, each licensed driver in the United States ponies up about $500 a year toward the total costs, the CDC said.

"Every 10 seconds, someone in the United States is treated in an emergency department for crash-related injuries, and nearly 40,000 people die from these injuries each year. This study highlights the magnitude of the problem of crash-related injuries from a cost perspective, and the numbers are staggering," Dr. Grant Baldwin, the director of the CDC's Division of Unintentional Injury Prevention, National Center for Injury Prevention and Control, said in a press release.

According to the study, injuries, both fatal and nonfatal, to people riding in cars and light trucks cost $70 billion a year. Injuries to motorcyclists cost $12 billion. Bicyclists and pedestrians, who are vulnerable against motor vehicles, cost $5 billion and $10 billion a year respectively, the CDC said.

The study also found the amount of money that goes toward motorcyclists' and pedestrians' injuries is disproportionate when compared to the number of injuries, likely due to the severity of their injuries.

The CDC said the study, published in the the journal "Traffic Injury Prevention," used data from 2005, the last year from which relevant data were available from multiple sources.