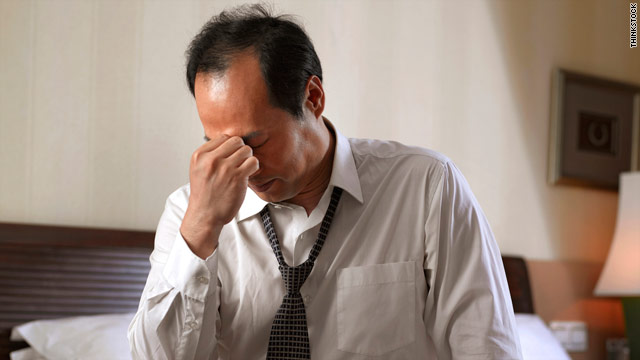 (Health.com) -- Some kids continue to be their parents' pride and joy for years after they've flown the nest. But the pleasure parents can experience from a grown child's success cuts both ways, new research suggests.

When adult children divorce, struggle financially, abuse drugs, or have similar life problems, it can have a major impact on their parents' mental health and satisfaction, according to a study presented today at the annual meeting of the American Psychological Association, in San Diego. And having other, successful offspring isn't enough to counteract the distress caused by just one struggling child, the researchers found.

"Close relationships have a big effect on both psychological and physical well-being," says Karen Fingerman, Ph.D., the lead author of the study and a gerontologist at Purdue University, in West Lafayette, Indiana.

"Grown kids aren't just any relationship," Fingerman adds. "People have a very strong investment in their kids, particularly in midlife, when they've just finished raising them."

Fingerman and her colleagues surveyed more than 600 parents between the ages of 40 and 60 who live in the Philadelphia area and collectively have about 1,250 children over the age of 18.

Some of the problems were the result of bad luck (unexpected illnesses, for instance), but more than half were related to behavior or lifestyle, and included relationship problems, drug or alcohol abuse, and money trouble.

Health.com: How to bounce back fast from a crisis

Not surprisingly, parents with successful children were more likely to report higher life satisfaction and fewer symptoms of depression. But if parents had just one struggling child, the resulting distress tended to overshadow the well-being and happiness they derived from their other, more successful children --especially if the child's problems were self-made rather than a case of misfortune.

"We thought that a successful kid might cancel out the problem kid, but that wasn't the case," Fingerman says. "We were a little bit surprised by that."

Although the study was conducted before the U.S. economy collapsed in 2008, the fallout of the financial crisis -- widespread job loss, family strain, foreclosures -- has likely only added to parental distress, experts say.

"Anecdotally, I've seen an increase in parents' worry behavior and worry thoughts about their adult kids who might be struggling," says Katherine Muller, Psy.D., director of the cognitive behavior therapy program at Montefiore Medical Center, in New York City. "The topic comes up no matter what the economy is like, but certainly in the last two years, I've definitely heard it talked about much more often."

In addition to fretting over a child's unemployment or plunging home value, Muller says, parents are also engaging in more "checking behaviors," such as calling or seeing their adult children more often.

"That may have an impact on the parents' life because they're changing traditional habits, their daily activities," she explains.

Financial strain of any sort is also liable to make other problems worse, says Carol Bernstein, M.D., an associate professor of psychiatry at the New York University School of Medicine, in New York City.

Health.com: How to survive nearly anything

"If you throw into the mix that people are worried about finances, any other issue that's already there, like an ill child or a disabled child, is going to be magnified that much more," she says.

The study findings may be explained in part by the changing structure of American families, Bernstein suggests. "To the extent that the extended family has disappeared and everyone is living fragmented lives, the impact of a child who needs lifelong caring or who has lifelong problems is going to be more heavily felt by parents because they don't have big support networks," she says.