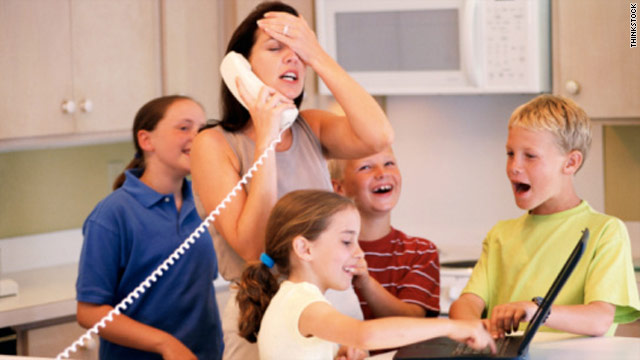 Stressed parents might medicate their children to help them sleep, calm down or endure long flights.
STORY HIGHLIGHTS
RELATED TOPICS

(CNN) -- If the kids become too much to handle, slip 'em a little cold medicine. It's an often-repeated joke -- or advice -- that parents share on the playground or on Twitter and Facebook pages.

One mom, Jill Smokler, said she doesn't vilify parents who medicate their kids: "It's not the end of the world."

"It's certainly better than being pushed to edge, spanking a child or slamming doors or really losing it," she said.

But drugging children with over-the-counter or prescription medications can have unintended consequences, said the author of a research published Thursday, who likened the practice to child abuse.

The research, published in the Journal of Pediatrics, found an average 160 annual cases in which pharmaceutical drugs were maliciously used on children.

"We believe the malicious use of pharmaceuticals may be an under-recognized form and/or component of child maltreatment," wrote the author, Dr. Shan Yin, a pediatrician.

He found 1,439 cases from 2000 to 2008. Of those, 14 percent resulted in injuries, and 18 children died. More than half of the cases involved at least one sedating drug; 17 of the 18 deaths included sedatives. Yin said the poison data most likely underestimates the actual number of cases.

The circumstances around the 18 deaths were not clear, Yin said. He did not have access to case notes and legal findings. Four of them were ruled as homicides, three resulted in legal action against the mother, two were noted as highly suspicious and one included cocaine.

Why young children were given drugs such as antidepressants, stimulants and antipsychotics were also unclear. The motives, he said, could widely vary, such as overwhelmed parents looking for a break, amusement or punishment.

"Anytime you're giving a medication for any other purpose other than for what it's explicitly prescribed for, you run the risk of harming your child," Yin said.

This year, a Massachusetts woman was sentenced to life in prison after she was found guilty in the death of her 4-year-old daughter, whose blood had a lethal level of a hypertension drug used to sedate children with ADHD. Her husband, who was tried separately, was convicted of first-degree murder, according to CNN affiliate NECN. The prosecutors had argued the father had either given the pills or ordered his wife to do so to silence the child.

In a 2005 case, a Montana day care owner was convicted of killing a 1-year-old after giving a fatal dose of cough medicine to put the child to sleep.

In extreme cases such as these, the law determines whether the parent or caregivers' actions are criminal, said Dr. Lawrence Diller, who practices behavioral-developmental pediatrics in Walnut Creek, California.

But in more ordinary, everyday circumstances, the ethical boundaries are hazy.

"There are really ambiguous situations where the line is between helping the child legitimately -- those are the vast majority -- and situations that border on sedating the child that would be a form of abuse," Diller said.

Parents may slip their children some medication to relax and think they're not harming them. This happens to families when "they feel overwhelmed or desperate," he said.

Each case has different elements and motives, so it's hard to generalize whether deliberate medicating of a child is abuse, said James Hmurovich, the president and CEO of Prevent Child Abuse America.

"If it's for medical a reason, that's one thing," Hmurovich said. "If moms are at wit's end and the stress is building up and they're tired, that's not a good use of over-the-counter medications."

Some parents use drugs to calm their children down in airplanes.

Smokler gave her daughter, who was then 1 1/2 years old, some Benadryl, expecting her to sleep through the two-hour flight.

Benadryl, an antihistamine used to relieve irritated eyes, sneezing and a runny nose, had an energizing effect on her daughter. The toddler ran through the aisles, talked as loudly as she could, and jumped up and down on her chair.

"It was worst-case scenario," said Smokler, of Baltimore, Maryland. "This is what I get for trying to dope up my kid."

She never tried it again.

Smokler has discussed using Benadryl on kids with her friends and said it could be seen as a way to have "me time" to relax, read a book or have a quiet dinner.

"It's a selfish act doing that," said Smokler, who blogs at Scary Mommy, where she takes a frank look at motherhood. "Sometimes you just need it. It's better than screaming at a kid when all your buttons are being pushed. You need a break; it's a survival mechanism."

Cynthia Dermody, a health editor for a mom blog, The Stir, said in the typical, real-mom world, parents joke about giving children Benadryl but don't usually go through with it.

"I'll admit I've felt that inclination, too, when my kids were younger and weren't sleeping well. ... I would never give my own children a medication for a nonmedical use, but as a harried, stressed-out parent, I do understand the temptation."

Sometimes, parents need a break or want their kids to sleep a little longer or sleep at all, she added.