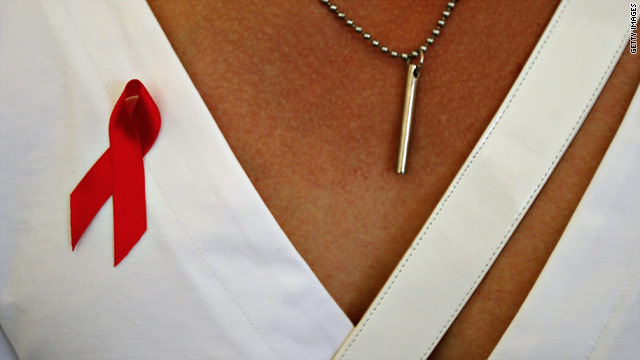 A gel that contains the antiretroviral drug is able to keep HIV from multiplying.
STORY HIGHLIGHTS

(CNN) -- A new topical gel has shown promise in helping to protect women from HIV infection, according to a study being presented at the International AIDS Conference in Vienna, Austria.

The gel contains the antiretroviral drug tenofovir, which keeps the virus from multiplying.

An effective vaginal microbicide such as this could be a major new tool in the HIV toolbox.

"Women represent the majority of new HIV infections globally, and urgently need methods they can control to protect themselves from infection," said Dr. Kevin Fenton, director of the National Center for HIV/AIDS, Viral Hepatitis, STD and TB Prevention, part of the Centers for Disease Control.

Researchers found the gel overall reduced infection by 50 percent after a year and 39 percent after 30 months. In women who used the drug consistently infection was reduced 54 percent. The gel was used up to 12 hours before and within 12 hours of sexual intercourse. The study found the gel also reduced the risk of genital herpes by 51 percent.

This is the first completed study on an antiretroviral microbicide. In the double-blind, randomized control trial, half the women got tenofovir gel and half got a placebo. Information from this trial could help researchers develop more antiretroviral-based microbicide drugs in the future.

Antiretrovirals can prevent retroviruses like HIV from reproducing and damaging the immune system.

A separate study presented at the conference found that a microbicide that is 40 to 50 percent effective could prevent nearly 300,000 to 600,000 new infections in a 10-year period.

Tenofovir is marketed by Gilead Sciences under the trade name Viread. It belongs to a class of drugs called reverse transcriptase inhibitors. They don't kill the virus but they slow down its growth, which ultimately slows the progression of the disease.

"The results of the CAPRISA study are important and of considerable significance for the field of microbicides," Fauci said. "This is the first study that has shown a clear-cut positive effect of a microbicide on blocking acquisition of HIV infection.

"It is noteworthy that this is the first completed study that utilized a specific antiretroviral drug in the formulation. The important goal for the immediate future is to improve upon these results, however it is clear that this is a conceptual advance."

The Centers for Disease Control and Prevention called the results an exciting step forward.

"While these findings may need to be confirmed by other research to meet requirements for licensure by FDA and other regulatory bodies throughout the world, they suggest that we could soon have a new method to help reduce the heavy toll of HIV among women around the world," said the CDC's Fenton.

"It is also very encouraging that the study found that the microbicide significantly reduced the risk of genital herpes (HSV-2), which is common in developing countries and in the United States, and facilitates HIV transmission."

In another trial called PrEP -- pre-exposure prophylaxis -- the CDC is also studying whether antiretroviral pills are safe and effective in preventing HIV infection. That study is looking at several at-risk populations including gay men, IV-drug users and heterosexuals. Those results are expected sometime next year.