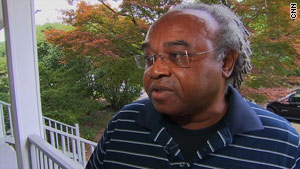 (CNN) -- Edward Darden started taking the diabetes drug Avandia in 2006 to help control his blood sugar and was doing just fine, he said. But he became concerned when he saw warnings linking the drug to a 43 percent increased risk of heart attack, following the 2007 release of a study in the "New England Journal of Medicine."

It's a predicament many people taking Avandia have faced over the past few years, and this week the Food and Drug Administration held hearings evaluating the drug's safety. The panel found Avandia does increase the risk of heart problems compared to other diabetes medications. However the panel was divided over removing the drug from market.

Twelve of the 33 members voted to withdraw Avandia from the market, while 20 voted to let the drug remain on the market with enhanced restrictions and rigorous black box warning labels. Avandia's manufacturer, Glaxo Smith Kline, said the company will continue to work with the FDA as the agency considers Wednesday's recommendations.

Chuck Keyserling told the advisory panel he had taken Avandia for the past 10 years.

"In making this plea to keep Avandia on the market, I believe I am pleading for my life," he said. For people like himself, he said, pulling Avandia would be a "death sentence."

Dr. David Nathan, director of the diabetes center at Massachusetts General Hospital, is not so sure.

Nathan is the lead author of a 2008 report published in the journal "Diabetes Care" which outlines guidelines for the best treatments for type 2 diabetes.

"I don't have any patients currently taking Avandia," said Nathan. He stopped prescribing the drug because "it just didn't make sense," considering there are alternatives that didn't carry the potential risk, he said.

Experts say patients should not do anything drastic, despite concerns they may have about Avandia. "The most important thing is that patients should not stop taking any of their medications, because that can result in changes in the blood that can be dangerous," said Dr. David Kendall, chief scientific and medical officer for the American Diabetes Association. Anyone concerned about their prescription should talk to his or her doctor about other options, he said.

"This is generally accepted as the initial medical therapy choice for patients with type 2 diabetes," explains Kendall. "It lowers the blood sugar without the risk of it going too low."