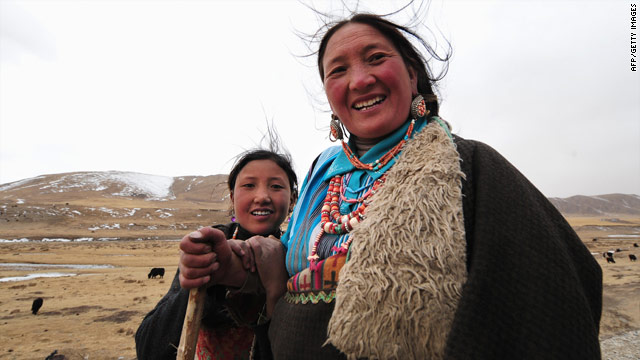 (CNN) -- Ethnic Tibetans' ability to thrive in high altitudes with low oxygen is the fastest genetic change ever observed in humans, according to a study published Friday in the journal Science.

Researchers at the University of California-Berkeley said their comparison of the genomes of ethnic Tibetan and Han Chinese could help scientists understand how the body deals with decreased oxygen and diseases associated with oxygen deprivation in the womb, according to a news release on the university's website.

The evolutionary biologists say the results of their study, which compares the genomes of 50 Tibetans and 40 Han Chinese, shows that Tibetans rapidly developed a unique ability to survive in altitudes above 13,000 feet, where oxygen levels are about 40 percent lower than at sea level.

The study said that Tibetans evolved to adapt to high altitudes after splitting off from the Han about 2,750 years ago.

The study identified more than 30 genes with DNA mutations that have become more prevalent in Tibetans than Han Chinese, nearly half of which are related to how the body uses oxygen.

"For such a very strong change, a lot of people would have had to die simply due to the fact that they had the wrong version of a gene," said Rasmus Nielsen, a professor of integrative biology at Berkeley who led the statistical analysis.