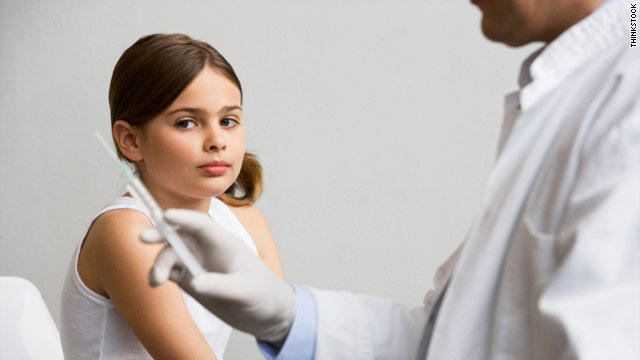 (CNN) -- Whooping cough, declared an epidemic in California last week, may look like just a cold or a persistent cough in adults. But in infants, it can be fatal, making adult vaccination essential, doctors say.

Peaks in cases of the highly contagious disease cycle every two to five years. California saw its last peak in 2005, with 3,182 cases, according to state health officials.

"We're right about at the five-year peak, but we're on track to surpass our 50-year high," said Mike Sicilia of the California Department of Health.

In 2010 there have been 910 cases of pertussis, the technical term for whooping cough, as of June 15, state health officials said, and five infants have died of the disease. Local health departments are investigating 600 more possible cases of illness.

The only way to break that cycle is to vaccinate everyone of all ages, said Dr. James Cherry, professor of pediatric infectious diseases at the University of California, Los Angeles.

Some doctors relate this recent rise in cases to the parents who have shied away from vaccinating children due to fears, albeit unfounded, that there is a connection between vaccines and autism. Dr. Jennifer Shu, a pediatrician at Children's Medical Group in Atlanta, Georgia, thinks this is a primary factor in the resurgence of whooping cough.

Clusters of unvaccinated people contribute to outbreaks, but in the case of whooping cough, the cycles will continue until a much greater number of people of all ages are immunized, Cherry said.

The childhood vaccine for whooping cough has not been raised as a possible cause of autism, and the vaccines that were concerning have been shown not to cause autism with substantial evidence, said Stacey Martin, a staff epidemiologist at the U.S. Centers for Disease Control and Prevention who works on pertussis.

Vaccination for whooping cough begins when a child is two months old, but a series of three shots, to be completed by six months, is necessary for adequate protection. These shots do not last a lifetime but usually wear off by the end of middle school.

The CDC recommends an additional dose of the vaccine between 15 to 18 months of age, and between ages four and six. At most, a child may experience mild reactions to the vaccine, including swelling at the injection site, itching, low-grade fever or restlessness, Martin said.

In 2005, a booster shot called Tdap was introduced for adolescents and adults that inoculates against tetanus, diphtheria and pertussis. Tdap is recommended for 11- and 12-year-olds going to their regular check-up. Adults can replace a dose of their regular tetanus-and-diphtheria shot, given every 10 years, with Tdap, but don't have to wait out the 10 years, according to the CDC.

"It's going to be a few years until we really know whether or not people need another booster dose, and what is the optimal timing for that booster dose" for Tdap, because it is so new, Martin said.

Vaccine use in adults is currently minimal, Cherry said. The disease can be debilitating in older adults, and after two weeks, the antibiotic treatment doesn't work well for the symptoms. It is regularly misdiagnosed, he said.

Adolescent coverage for whooping cough is about 41 percent nationally and 43 percent in California, Martin said. For adults, it's less than 6 percent nationally. The age group most affected by whooping cough, infants under two months old, is too young to be vaccinated, so prevention involves vaccinating people around them, she said.

Pregnant women who never got one of those shots should get one dose after giving birth, before leaving the hospital or birthing center, the CDC said. California is making a push to vaccinate mothers post-partum, Cherry said.

Adults should especially get a dose of Tdap if they expect to have close contact with an infant younger than 12 months, the CDC said. Health care workers in contact with patients should also make sure to get vaccinated against whooping cough.

Reported whooping cough cases nationally have increased since the 1980s, according to the CDC. In 2008, there were more than 13,000 cases reported nationally, including 18 deaths, the CDC said. Cases among teens aged 10 to 19 years, and babies less than six months old, have especially gone up.

Cherry noted that there has been more awareness of pertussis in recent years, which may also factor into a rise in reported cases.

Whooping cough may resemble a cold or flu in its symptoms. It begins with a cough and runny nose for one or two weeks. Rapid coughing fits, sometimes ending in a whooping sound, then last for weeks or months.

Teenagers and adults can have whooping cough without knowing it and pass the condition along to infants, in whom the condition is much more serious because their immune and respiratory systems have not yet developed, Shu said.

Whooping cough can get make infants sick to the point that they may stop breathing and die, or they can have problems with brain damage, Shu said.

Young parents today have probably never seen illnesses such as whooping cough, so for them it's "out of sight, out of mind," Shu said.

"When you don't see kids getting sick regularly because the vaccines are doing so well, then you kind of think that kids aren't at risk for them," Shu said. "But if we drop our guard, they are."