Federal ban on gay men's blood donation to be reconsidered 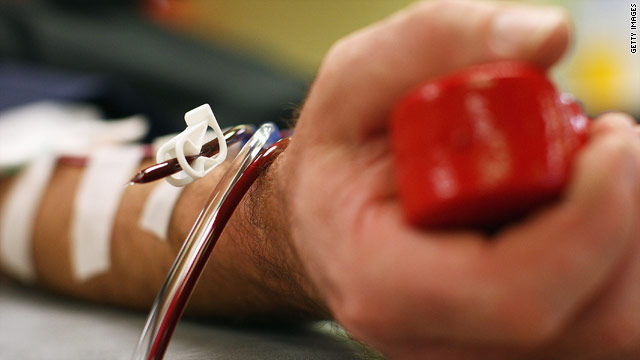 A federal advisory committee convenes in June to discuss the policy that bans gay men from giving blood.
STORY HIGHLIGHTS

(CNN) -- When Mark Shields started his job at the American Red Cross in Madison, Wisconsin, he rolled up his sleeve to give blood. It made sense. Part of his job was encouraging the public to donate and supporting the organization's lifesaving mission.

Before he could give, he was told that his blood could never be accepted. Because he's gay.

"I was 23 at the time. I was just coming out," he said. "I was trying to be part of our organization's mission and feeling like I can't do this. ... I certainly felt put on the spot. It was a bad feeling for a lot of reasons."

Under Food and Drug Administration rules, men who have had sex -- even once -- with another man since 1977 are not permitted to give blood. The rule was implemented in 1983, sparked by concerns that HIV, the virus that causes AIDS, was tainting the blood supply. Screening tests to identify HIV-positive blood had not been developed. The policy was seen as a safety measure. 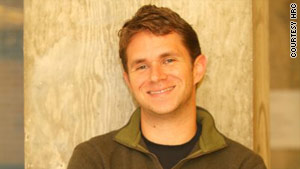 But today, with the availability of more accurate testing, activists, blood organizations and several U.S. senators say the lifetime ban is "medically and scientifically unwarranted" and are calling for change.

The Federal Advisory Committee on Blood Safety and Availability will consider the issue in meetings June 10 and 11 in Rockville, Maryland. The committee makes recommendations to the secretary of the Department of Health and Human Services, which oversees the FDA.

The Human Rights Campaign, the American Red Cross, America's Blood Centers and AABB, formerly known as the American Association of Blood Banks, support easing the lifetime ban to allow gay blood donors. In a joint statement, the blood organizations said that safety was the first priority and that potential donors should be screened more fairly, regardless of sexual orientation.

About three months ago, Sen. John Kerry and 17 other senators signed a letter to the FDA blasting its "outdated" policy.

Video: Blood, sex and the FDA

Gay men, including those who are in monogamous relationships, are forbidden from contributing blood for the rest of their lives, while "a heterosexual who has had sex with a prostitute need only wait a year [before giving blood]. That does not strike me as a sound scientific conclusion," Kerry wrote in a March 9 letter.

The FDA defended its current policy in an e-mailed statement to CNN.com: The policy, it said, is "based on scientific data that show that certain medical, behavioral and geographical factors are associated with increased risk of transfusion transmitted diseases."

The agency has been "taking into account the current body of scientific information, and we are considering the possibility of pursuing alternative strategies that maintain blood safety," the statement said.

The FDA retained the ban on gay blood donors after reviewing the issue in 2000 and 2006.

Blood rules
Other factors that would make an individual ineligible to give blood:

• Had leukemia or lymphoma, including Hodgkin's disease and other blood cancers.

• Used needles to take drugs, steroids or anything not prescribed by a doctor.

• Received a tattoo in the past 12 months.

• Visited or lived in the United Kingdom for three months or more between 1980 and 1996 because of the risk of Creutzfeld-Jacob disease (mad cow disease).

Health statistics show that men who have sex with men have a higher rate of diseases including HIV, syphilis and hepatitis B. Gay men who would be likely to donate have an HIV prevalence that is over 15 times higher than that of the general population, according to the Centers for Disease Control and Prevention.

"I do not see this being a gay rights issue," said Dr. Jay Brooks, professor of pathology at the University of Texas Health Science Center in San Antonio, adding that he favors gay marriage and gays serving in the military.

The issue of blood donation has "nothing to do with someone being gay. Any group that's epidemiologically at risk of making blood unsafe, it's unfortunate. ... It's a matter of epidemiology."

The different standards between gay and straight people exists because the risk of HIV is much lower in heterosexuals, he said.

"The interest of the recipient is greater than any donor," Brooks said. "I'd hate to tell the one person who got HIV through a blood transfusion, 'Sorry, we changed the regulation.' "

These days, blood screenings are so effective in detecting diseases that the risk of such infection is very small, said Dr. Norbert Gilmore, a professor and clinician at the McGill University Health Center in Canada.

The blood donations go through HIV antigen screening (to detect antibodies produced by the body in response to the virus) and nucleic acid testing. However, there is a "window period" for about two weeks after an individual becomes infected with HIV when these tests cannot detect the virus.

The interest of the recipient is greater than any donor.
--Dr. Jay Brooks, professor of pathology at the University of Texas Health Science Center
RELATED TOPICS

But that risk of this infection is "so small, we should look at the day-to-day realities rather than those infinitesimal risks," said Gilmore, whose research published this week in the Canadian Medical Association Journal criticized the ban in Canada and the U.S. as unscientific.

The most important issue in this debate should be the safety of the patients, said Mark Skinner, president of the World Federation of Hemophilia.

"This isn't an issue just about HIV. It isn't a gay issue," he said. "This is an issue that relates to safety in the blood supply. Those decisions should be made on science, not based on societal concerns. We readily recognize the MSM [men who have sex with men] ban is discriminatory, but it's discriminatory for a reason.

"What we're looking for is a thoughtful review. We're not opposed to the change. We want to understand what additional risks patients might be asked to accept," he said.

Potential donors should be screened based on risky behaviors such as unprotected sex or intravenous drug use, not sexual orientation, he said.

Decker said he was looking forward to a time when "those very allies and friends" in the gay community "are allowed to pony up and give the blood that is used to create my treatments for hemophilia."