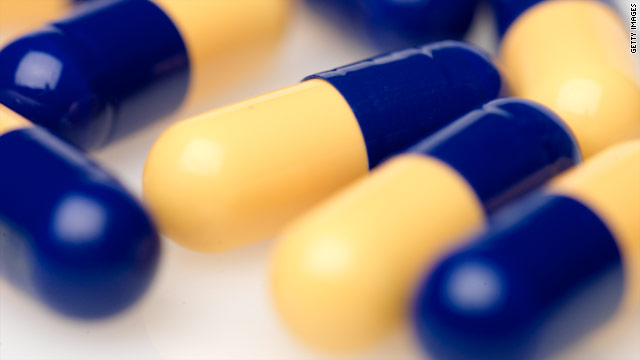 Although coupons for prescription drugs can lower co-pays, some experts advise against them.
STORY HIGHLIGHTS
RELATED TOPICS

(CNN) -- Coupons give discounts on frozen meals, toothpaste, breakfast cereals and household cleaners. And increasingly, consumers are turning to coupons for their prescription medications, too.

Nelson, an Atlanta, Georgia, resident, found three $10 coupons for her children's Advair (an asthma medication) that applied to her insurance co-pay and a $30 discount for another medication.

"That's becoming more common," Nelson, a coupon expert, said of finding prescription discounts. Coupons for many nonpharmaceutical items are widely available, and users can often sign up for special offers. "Once you get on the mailing list, they send you coupons by e-mail or mail on a regular basis."

Prescription coupons may result in initial savings, but critics say they lure consumers into buying expensive brand-name drugs. Advocates, however, see benefit to consumers in the current tough economy.

"It's not a permanent solution, but it's a solution that helps a lot of people," said Dr. Rich Sagall, president of NeedyMeds.org, a nonprofit that helps people who cannot afford medicine or health care costs.

It's unclear from marketing research how many prescription drug coupons are redeemed.

Prescription drugs are lumped into the health and beauty category, which includes personal care products and over-the-counter drugs. That makes it difficult to pinpoint how many medication coupons have been redeemed, according to NCH Marketing Services Inc., part of the Valassis Co., which manages coupon processing and promotion information. However, prescription drugs were not in the top 10 growth or top 20 categories of coupon distribution, said Charles Brown, vice president of marketing.

"I don't think there are any questions that they are becoming more and more popular," said Mark Calabrese, vice president and general manager of marketing solutions for Cegedim Dendrite, which provides companies co-pay cards, programs and vouchers.

Most major pharmaceutical groups have some form of vouchers or coupons, he said. These incentives were put on the market in the mid-2000s. Lately financial considerations prompted by a tough economy and higher out-of-pocket expenses have turned consumers to use them more.

The purpose of these prescription drug discounts is to help people stay on their prescribed medications, which in the long run will help them save money by staying healthier, Calabrese said.

At Buckley Pharmacy in King of Prussia, Pennsylvania, owner Jerry Segal often sees patients fill their prescriptions with discount cards from the doctor's office or printouts from their computers.

"We don't have a problem with that," he said. Pharmacists enter the ID and group number from the coupon into the computer to check whether the discounts are legitimate.

Most coupons printed from a home computer require insurance and apply the discount to the recipient's co-pay, he said. Five to 10 percent of the coupons received at Buckley Pharmacy come from home printouts, Segal estimated.

"You're able to try medications for free and see if it works for you and see if side effects have an impact on your health," he said.

In a study published this year in Health Marketing Quarterly, University of Georgia researchers created ads for a fictitious cholesterol-lowering medication. One of the ads contained a coupon for a free 30-day supply, and the other did not. After filling out questionnaires, the 150 participants indicated a more favorable view of the ad with coupons.

Dr. Doug Bremner, author of "Before You Take That Pill: Why the Drug Industry May Be Bad For Your Health," likened coupons to free drug samples from the doctor's office.

"What happens is, the free samples are given to physicians, [and] they give them to their patients," Bremner said. "Once they take the prescription medications, which is a brand name that still has a patent, they're more likely to keep using it. The expenditure is greater than they would be otherwise. In the long run, it's profitable for the drug company, and the same thing goes on for coupons.

"It's probably beneficial for sales of prescription medications but not beneficial for consumer or patient. In a lot of cases, you may get a coupon for brand-name drug, and there's a generic equally effective that costs less."

Doctors might prescribe a certain drug that might be more expensive than a generic, because it could be more effective depending on an individual's situation, he said.

The coupons tend to be "for things that you need repeatedly, versus one prescription," she said. "In the long run, it's not a deal when there are alternatives."

There are other ways to find discounts that require digging on the Web, said Mehdikarimi, who runs the Shopping Queen Web site, which dispenses cost-cutting advice. She compares drug prices from different retailers and checks to see whether she can find coupons from retailers such as CVS, Walgreens, Costco, Target or Wal-Mart.

When a medication for her daughter's earache cost $150, she told the physician it was too expensive. The doctor wrote another prescription for a generic drug that cost $10, and it worked just fine, she said.