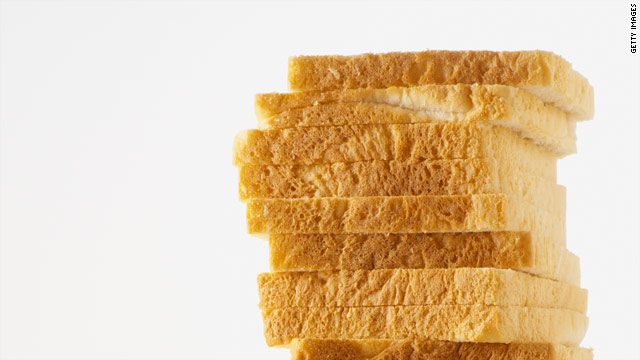 (Health.com) -- Women who eat more white bread, white rice, pizza, and other carbohydrate-rich foods that cause blood sugar to spike are more than twice as likely to develop heart disease than women who eat less of those foods, a new study suggests.

Men who eat lots of those carbohydrates -- which have what's known as a high glycemic index -- do not have the same increased risk, however, perhaps because their bodies process the carbs differently, the researchers found.

Only carbohydrates with a high glycemic index appear to hurt the heart. Carbs with a low glycemic index -- such as fruit and pasta -- were not associated with an increased risk of heart disease, which suggests that the increased risk is caused "not by a diet high in carbohydrates, but by a diet rich in rapidly absorbed carbohydrates," says the lead author of the study, Sabina Sieri, of the Fondazione IRCCS Istituto Nazionale dei Tumori, a national institute for cancer research in Milan, Italy.

In the study, published this week in the Archives of Internal Medicine, Sieri and her colleagues analyzed data from a large, ongoing study of nutrition and cancer risk. The researchers surveyed roughly 48,000 Italian adults about their diets in detail, noting the amount and types of carbohydrates they consumed on a regular basis. (People with diabetes, who have abnormal levels of blood sugar and insulin, were excluded.) Not surprisingly -- the study was conducted in Italy, after all -- bread, pasta, and pizza were common sources of carbs.

During the eight-year follow-up period, 463 people in the study -- 65 percent of them men -- experienced heart problems (including heart attacks), had angioplasty or bypass surgery, or died of heart-disease-related causes.

The women who reported eating the most carbohydrates had twice the risk of developing heart disease as their counterparts who consumed the fewest carbs.

When the researchers broke the carbs into high and low glycemic index categories, the increased risk was even more apparent: Women who ate the most high glycemic foods had about 2.25 times the risk of developing heart disease than women who consumed the fewest. (To isolate the effect of the carbs on heart health, the researchers took body weight, physical activity, saturated fat intake, smoking, and a range of other health factors into account.)

Men, by contrast, were not at increased risk for heart disease regardless of how many -- or what type of -- carbs they consumed. Although the researchers aren't certain why this is, they suggest that it may be in part because carbohydrates with a high glycemic index lower HDL (or good cholesterol) and raise triglycerides less readily in men than they do in women.

Previous studies have shown a similar link between glycemic index and heart disease risk, and a similar discrepancy between men and women. "We hope to be able to repeat this analysis on...more than 500,000 subjects in order to confirm our results," Sieri says.

Joanna McMillan Price, a nutritionist in Sydney, Australia, and the author of The Low GI Diet, says that the new study provides yet more evidence to support a diet that favors low versus high glycemic index foods. "That means cutting out processed carbs and choosing instead minimally processed whole grains and low-GI starchy vegetables, fruits, and legumes," she says.

Health.com: Heart-healthy recipe of the day

There are many benefits to limiting foods with a high glycemic index, Price adds. People who do so "will find their appetite easier to control, making weight control easier in turn," she says. "They will help to keep energy and mood steady over the day, and they reduce their risk of several chronic diseases including diabetes, heart disease, and certain cancers."