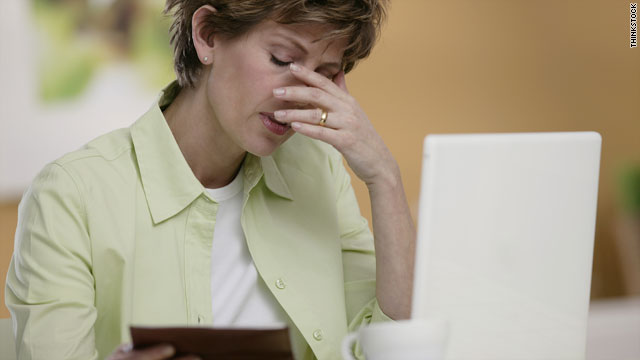 Writing open letters that are never mailed is a long-used technique in grief therapy that now has migrated to the Internet.
STORY HIGHLIGHTS
RELATED TOPICS

(CNN) -- Last year, after the accidental death of an actress in the prime of her life, Jackie Hooper was seized by thoughts of sudden death and things left unsaid.

Though Hooper said she didn't know much about Natasha Richardson until the skiing accident that claimed her life, "I kept thinking about her husband and her two boys. What would they have wanted to say to her?"

And Wouldhavesaid.com was born. Hooper's Web site, also known as The Things You Would Have Said, has given grieving people a place to connect to their deceased loved ones and one another. The site is one of many forums on the Web where people can go to share their stories.

"One of the most important things in effective grieving is for people to be able to tell the story of loss over and over again, letting the reality set in," said Keren Humphrey, a member of the American Counseling Association. The Internet is "potentially a really good resource for grieving people. It's a tremendous source of understanding and support, a place where people can share their feelings."

Hooper said Web sites such as her own are modern versions of traditional grieving techniques including talk therapy and writing in a journal. By sharing grief over the Internet, people feel as if they're being listened to and feel that they're not alone.

"Everyone who writes sends me a personal message saying they didn't realize they felt all this before putting it down on paper," the 24-year-old said. "It's interesting to see how directing [the letter] to the person has made a difference for people."

One of the most important things in effective grieving is for people to be able to tell the story of loss over and over again, letting the reality set in.
--Keren Humphrey, author, counselor

One woman wrote Hooper about her husband who died. Hooper asked the woman to rewrite the letter as if she were sending it directly to her late husband. She did.

"Writing open letters you never mail -- we've used that in therapy and counseling for years. And it's a fit for some people," Humphrey said. "It has now migrated to the Internet."

In some cases, she said, the Internet can be especially useful.

"With certain kinds of losses, connecting with other people who have experienced that, who understand, is important for some people."

Tom Golden, a licensed clinical social worker who created Webhealing.com, a forum for grieving people looking to share their stories, has seen that as well. He recalled that several mothers of twins who had each lost a child found each other through his site.

"These women would have never found each other if it wasn't for the Internet," Golden said. "It has helped people connect and find other people who have similar stories. There's something healing about that."

"Bonding with someone is the most robust therapy for grief reactions," said Scott Hinkle, a member of the National Board for Certified Counselors. The Internet is a great tool to find people dealing with all kinds of grief, he added.

Though Hinkle considers visiting online forums a "reasonable alternative" to counseling when dealing with grief, he said certain cases need to be evaluted by a professional, for example if the loss was caused by violence. However, if the Internet is the only outlet available, it's better than nothing, he said.

Patricia Campbell Carlson knows firsthand how helpful online forums can be during the grieving process.

"I've had a lot of grief in my life," said Carlson, who lost her mother when she was 3 years old and her father at age 14. And though it took time, she learned to grieve and, in doing so, she managed to turn her gaping wound into an open vessel that can be filled. Today, she's executive director of Gratefulness.org.

"The community of people who come and use our Web site, they're such amazing people, and I learn so much from them all the time, and their stories," she said. "No one has a cure. People post suggestions from their own experiences that might be helpful, but mostly, it's that someone is there for you in a non-judgmental, caring way."

Of course, as with any forum online, it's important to be cautious before entering.

Look to see who's sponsoring the Web site. Does it have advertisers? Does it push a religious point of view? Is it selling a product? Take these things into account, she said.

National Organization of Parents of Murdered Children, or pomc.org, and the Compassionate Friends, or compassionatefriends.org, are two forums Humphrey trusts.

"Be sure you tell someone else, a friend or family member, that you're doing that so they can help check if it's a good site and that you're not oversharing," she said.