Should you get a presidential physical? 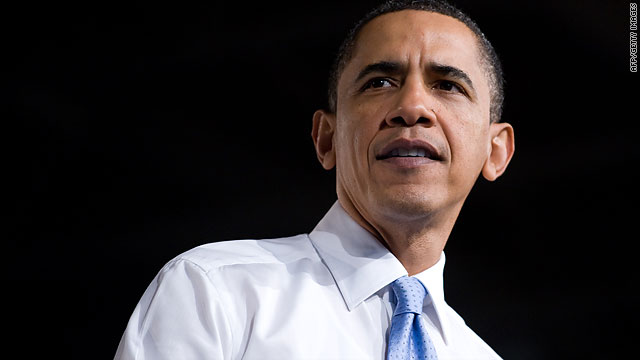 President Obama's recent physical included top-of-the-line tests the rest of us don't get regularly. Should you get them, too?
STORY HIGHLIGHTS
RELATED TOPICS

(CNN) -- President Obama's annual physical in February included blood pressure, cholesterol, and heart rate checks -- tests familiar to any of us who receives a regular check-up.

But take a close look at the report from his personal physician, Dr. Jeffrey Kuhlman, and you'll see the president received two top-of-the-line, high-tech tests, CT scans of his colon and his coronary arteries, you most likely won't be getting when you show up at your doctor's office this year.

If the head of the free world gets these tests, should you? The answer depends on whom you ask. Can you afford these tests? That depends on how much money you have in the bank. Neither of these tests is part of a standard annual physical, so your insurance company likely probably won't pay for them.

"We think people should be proactive about their health," says Cooper, a staff physician at the Cooper Clinic, one of several clinics in the United States offering so-called "executive physicals," extensive check-ups that include a large number of blood tests and scans.

"These tests give our physicians an in-depth, detailed understanding of a patient's condition," he added.

Cooper says in his clinic, scans like the ones Obama received have caught heart disease and colon cancer long before they would have been detected without the scans.

"There's no question -- these tests save lives," he says.

But other physicians say you shouldn't follow the president's example.

"If someone told me they wanted these tests, I'd tell them they were nuts," says Rank, medical director of the Health Partners Medical Group in Minneapolis. "Americans have this concept that when it comes to healthcare, more is better, and it's just not true."

He says there's also no evidence that getting regular scans of the coronary arteries helps prevent heart attacks.

"Usually you don't do that scan preventatively. You only do it when someone's having chest pain," he says.

Both scans, he says, increase your exposure to radiation and cost money. Plus, he says sometimes these CT scans indicate something is wrong when really everything is just fine, necessitating the need for further testing and causing weeks of unnecessary concern.

"I worry about the message the president is sending by getting these tests," he says.

But the president's doctors were doing what they thought was in the best interest of their patient, according to a statement provided to CNN by White House spokesman Reid Cherlin in consultation with the president's medical team.

"The White House Physician provides no politics, no policy, just trusted medical advice," Dr. Jeffrey Kuhlman, chief White House physician, wrote in the statement provided by Cherlin. "The president, as a patient, trusts his personal doctor's medical advice geared toward him as an individual."

If you want the tests such as the ones Obama received as part of your annual physical, first consider this: Health groups, such as the U.S. Preventive Services Task Force, don't recommend them for routine use in otherwise healthy people.

But if you still want them, you can get them for a price. Facilities such as the Cooper Clinic, Scripps Health in San Diego, and the Cleveland Clinic offer "executive physicals" for $2,000 to $3,000 depending on the extent of the exam.

All three clinics offer the coronary artery scan Obama received, plus many other tests. Here's a list of five tests offered in "executive physicals," with the pros and cons of each test. Depending on the clinic, some of these tests are included in the set price, while others can cost up to several hundred dollars extra.

What it is: A CT scan. This test provides a detailed picture of your colon.

Pros and cons: There's no need to insert a scope into the rectum, so you don't have to be sedated. If doctors do find a polyp, you'll have to have a separate procedure to have it removed. The scan exposes you to radiation, and repeated scans over time can increase your risk of cancer.

2. CT scan of the coronary arteries

What it is: This scan checks for calcium in the walls of the arteries that supply your heart with blood. Calcium in the artery walls could mean you have clogged arteries, a leading cause of heart attacks.

Pros and cons: The test is noninvasive, and some doctors believe that when combined with other health information, your calcium "score" can help determine your risk of having a heart attack. The test exposes you to radiation.

What it is: A chest x-ray reveals several conditions, including fluid in your lungs enlargement of your heart, pneumonia, emphysema and cancer.

Pros and cons: While it can reveal the presence of these conditions, chest X-rays expose you to radiation, albeit at very low doses. Also, an X-ray may yield a "false positive," meaning that it may show something is wrong when in reality you're fine. You'll have to undergo additional testing, which may cause you extra costs and unnecessary worry while you await the results.

What it is: Doctors monitor your heart rhythm, blood pressure, and breathing while you walk on a treadmill or ride a stationary bike.

Pros and cons: If you're having problems such as shortness of breath or a racing heartbeat, a stress test can help determine whether they're related to a heart problem. Complications, such as dizziness and fainting, are rare.

What it is: These scans take pictures of the whole body in "slices," giving doctors a detailed look inside the body.

Pros and cons: The scan can look for signs of certain problems, such as heart disease and cancer. You're exposed to radiation, and if something abnormal is found, you might need further testing, which would carry additional risks -- and the end result might be that the full body scan was in error and nothing was wrong in the first place.