How to save a friend from the brink 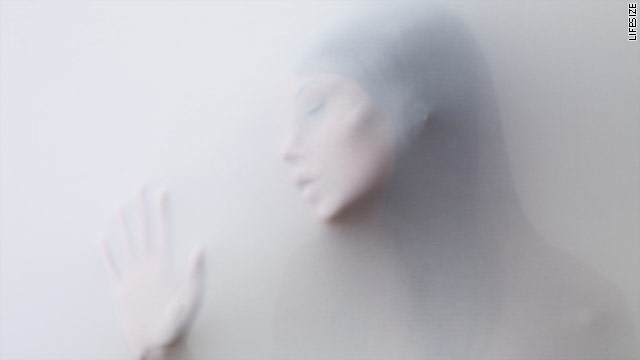 Holidays can be soul crushing for people with depression. In this Empowered Patient column from March, CNN's Elizabeth Cohen offers effective ways to help someone who's struggling.

(CNN) -- For five days, Alexis Moore carefully planned how she would take her own life. She's not a violent person, so she knew handguns were out. She settled on vodka instead, to be followed by a bottle of Xanax.

She did it methodically. First, she says she drank the vodka for two hours. Then she lined up the 20 pills on the kitchen counter, taking a few at a time, going to her bedroom to cry and then coming back for more Xanax.

After about six pills, just when she was beginning to feel woozy and lethargic, Moore heard a knock on the door and someone calling her name. She ignored him, even though she recognized the voice as someone she'd meet three days before at a business event. Then the man came around and banged on her bedroom window. She got up off the bed where she'd been sobbing and let him in.

They sat down in her living room. She talked. He listened. By the end of the evening, she decided not to take her life. In the five years since, she's never tried to commit suicide again.

"If it weren't for Ed (Ed isn't his real name; she'd prefer he remain anonymous), I'd be dead now," says Moore, 35, a second-year law student in Sacramento, California.

Some stories end tragically. On Monday, a funeral was held for Michael Bryan, the 18-year-old son of singer Marie Osmond. Police in Los Angeles classified his death as a suicide.

Nationally, 91 people commit suicide every day, according to the most recent data from the American Association of Suicidology.

If you know someone who seems depressed or desperate, the first step is get professional help, therapists say. If you see someone in immediate need, call 911. The National Suicide Prevention Lifeline is another place to turn, and the AAS has a list of other resources when someone is suicidal.

Even with professional help, depressed people can still benefit from your support. Often, it's hard to know what to say.

"In many cases, you're afraid of saying the wrong thing and making it worse," says Dr. Nancy Rappaport, an assistant professor of psychiatry at Harvard Medical School and author of "In Her Wake," a book about her mother's suicide.

But small words of kindness can go a long way, she says.

We know it's hard to be around us, but don't leave us alone.
--Traci Parks

What did Ed say that made Moore change her mind about killing herself? It wasn't actually what he said but rather what he did, she says.

"I was living in this really unkempt place, and he had to get through a lot of brush and tree branches to get to my bedroom window," says Moore, who was 30 at the time. "I know it sounds simple, but knowing that someone was going that extra mile was all it took for me to let him in."

Once they talked, what Ed did not say mattered just as much as what he did say.

"After I let him in, he just gave me a hug. He said, 'I was worried about you,' " Moore remembers. "When we talked, there was no judging me. There was no fear in his eyes. All I felt was comfort. He just listened and that's all I needed."

Before her suicide attempt, Moore had just fled a physically abusive boyfriend and recently lost her job.

Others who've been there have suggestions for how to help someone you know who's suicidal or depressed.

What to say and do:

1. Tell her you don't want her to die 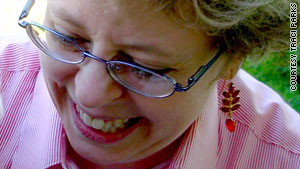 If your friend is depressed, do not avoid him or her, says Traci Parks.

Traci Parks, a 42-year-old photographer from Columbus, Ohio, was suicidal three times in her life. The first two times, her husband saved her life with a sentence.

"He simply said, 'Please don't kill yourself. I love you so much and I don't want you to kill yourself'," Parks remembers.

Five years later, when her husband, Eric, unexpectedly died, it was her friends who saved her life when she once again became suicidal.

"One person told me she and her husband didn't want me to kill myself, that they would miss me terribly and they thought I had a lot to offer the world even though she knew I didn't feel that way," she says.

Saying something as simple as "my life would be less fulfilled without you" can be very powerful, says Nadine Kaslow, a psychologist and professor of psychiatry and behavioral sciences at Emory University School of Medicine. "You can help them think about their reasons for living."

Something as simple as sending a card shows suicidal people that even if they don't think they're worthy of love and attention, you do, Rappaport says.

"When someone's suicidal, they feel expendable," she says. "They feel that no one's going to care."

When Moore's friend beat through bush and branches to get to her bedroom window, it made her feel important and valued, she says.

"For him to bang on the window, begging me to respond, that's pretty good stuff when you're that low," she says.

"This gets an A-plus," Moore says. She says it lets the person know you're ready to listen without judging.

This serves two purposes: It shows that you value the person (see above), and it helps nourish someone who might be too depressed to be eating properly.

After her husband's death, friends made sure Parks was eating properly and also helped clean her house, painting walls, fixing lights and planting flowers in the yard.

Let's face it: It can be depressing being with a depressed person, and avoidance sometimes seems like the best approach.

But Parks says it's the last thing you should do, even if the depressed person seems to indicate he or she wants to be left alone.

"We know it's hard to be around us, but don't leave us alone," she says.

Sometimes Parks' husband would implore her to go out at night with him and their friends. Most of the time, she didn't utter a word.

What not to say and do:

"The idea of counting your blessings does help, but it's hard to hear. It can feel like you're diminishing the psychic pain someone is in.
--Dr. Nancy Rappoport, psychiatrist, author

Sharing your own experiences of psychological distress isn't helpful, either, she says.

"The last thing anyone in that situation wants to hear is someone else's story," she says.

If they could, they would.

3. Don't say, "There was an earthquake in Haiti. Your situation isn't that bad."

You might think you're encouraging your depressed friend to realize how fortunate he or she is, but you're probably not succeeding, Rappaport says.

"The idea of counting your blessings does help, but it's hard to hear," she says. "It can feel like you're diminishing the psychic pain someone is in."

If someone says he's depressed or suicidal, take him seriously, because he's not just trying to get attention, Kaslow says.

"If someone is crying out for help, that means they need help," she says.

Sometimes depressed people will tell you how desperate they are, and then ask you to keep it a secret.

If you don't tell anyone and they kill themselves, you'll have to live with that the rest of your life, she says.

"If you break their confidence and they're mad at you, well at least they're alive and you're not left with 'what if,' " Kaslow says.

Moore says she has one more "do": Do act on your instincts.

She says Ed came to her house because at the business event she'd told him about her difficulties -- the abuse, no job and a dying grandmother who'd been her rock. They'd communicated frequently, but the day she tried to kill herself, she didn't return his e-mails or phone calls.

"He told me he was worried about me and decided to come on over to see if I was OK," she says.

Their friendship blossomed into a romance, and the couple now live together in Sacramento. Moore has a restraining order against her former boyfriend and has started a group called Survivors in Action to support victims of crime, including domestic abuse.

She says she'll be forever grateful to Ed for following the "do's" of talking to someone who's suicidal.

"He's my knight in shining armor," she says.