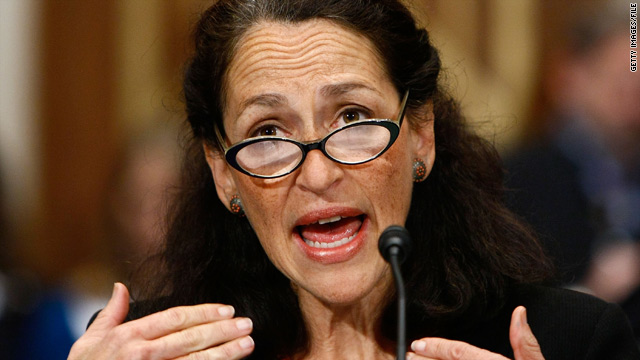 (CNN) -- Federal health authorities announced Thursday the recall of a commonly used flavor enhancer after samples of the product were found to contain salmonella.

"I would say it's likely to be in thousands of food products," said Dr. Jenny Scott, senior adviser to the director at the Office of Food Safety at the Food and Drug Administration's Center for Food Safety and Applied Nutrition, about the product, called hydrolyzed vegetable protein, also called HVP.

The bacterium, identified as Salmonella Tennessee, was found in HVP manufactured by Basic Food Flavors Inc. of Las Vegas, Nevada, the officials said.

"We are working hard to respond to this particular outbreak; we also are working hard to put in place the kinds of preventive control measures to prevent this kind of contamination from happening in the first place," said FDA Commissioner Dr. Margaret A. Hamburg.

Officials noted in a telephone conference call with reporters that no illnesses have been reported and any risk to consumers would be considered low.

"Many of the foods that incorporated this product at very low levels have kill steps in place that would eliminate salmonella," said Dr. Joshua Sharfstein, FDA's principal deputy commissioner. He was referring to steps in preparation that would heat the product enough to kill any bacteria. "For those that don't, we're providing specific guidance around the need to recall," he said.

But officials acknowledged they did not yet know just how many products might wind up being recalled.

"The manufacturer had many first-level consignees who obviously had individuals and firms that they sold to," said Dr. Jeff Farrar, associate commissioner for food safety, FDA's Office of Foods. "We expect this to get larger over the next several days to, actually, maybe several weeks."

A call to the manufacturer was not returned immediately.

Sharfstein said the agency learned of the problem in early February, when a Basic Foods customer tested the product and reported to FDA that it was contaminated.

Farrar said he did not know when the plant was last inspected.

The recall affects all bulk HVP produced at the facility since September 17. The FDA posted several dozen products containing the ingredient at www.foodsafety.gov, but officials said the list was not complete. The recalled products include dips, salad dressings and soup mixes.

Farrar said the agency was recommending recalls of those products containing HVP that might be eaten without processing or cooking that would kill the bacteria. But more needs to be done, he said. "This situation clearly underscores the need for new food safety legislation to equip FDA with the tools we need to prevent contamination," said Farrar.

Salmonella bacteria sometimes cause fatal infections in young children, elderly people and anyone with a weakened immune system.

Symptoms in healthy people might include fever, diarrhea, nausea, vomiting and abdominal pain.

The Center for Science in the Public Interest said the recall is "yet more proof that the Food and Drug Administration needs more authority, more inspectors and more resources to ensure that our food supply is safe."

It added, "Most Americans would be stunned to learn that FDA doesn't even have the authority to make recalls like these mandatory."

A bill passed in July by the House with overwhelming bipartisan support would go a long way toward beefing up the agency's ability to intervene in such cases, said Erik Olson, director of food and consumer product safety at The Pew Charitable Trusts.

"The existing law is basically a reactive law," he said. "If you find contamination problems, the FDA reacts and goes out and tries to find the problem and asks for a voluntary recall."

The FDA Food Safety Modernization Act, the law pending in the Senate, "would change the whole system, modernize it to say we're going to try to prevent the contamination before it occurs."

But support for the bill is not universal.

The National Sustainable Agriculture Coalition is seeking changes in the bill before passage, according to Senior Policy Associate Kate Fitzgerald.

"No one benefits if we pass a food-safety bill but it doesn't make the food system better," she said.

Steve Etka, legislative director at the National Organic Coalition, offered a similar view. "We want to make sure the bill is clear that it's targeted toward the riskiest behaviors," he said. "Right now, we think it's kind of missing the mark in that regard."