Medicine and 'luck' on multiple heart attack survivors' side 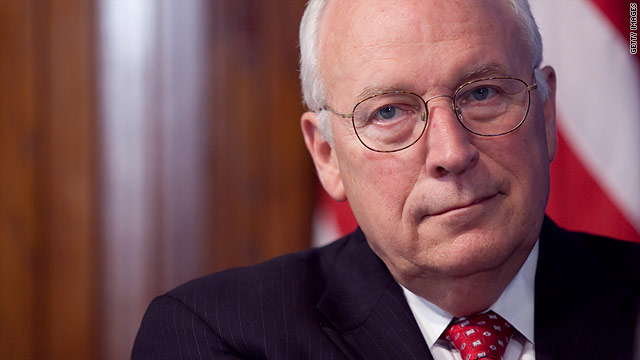 (CNN) -- A fifth heart attack, such as the one suffered this week by former Vice President Dick Cheney, is not rare because of advances in modern medicine, cardiologists say.

"It's something we see often enough that we're not surprised about it," said Dr. Cam Patterson, chief of cardiology at the University of North Carolina School of Medicine, who is not involved in Cheney's care. "But it's also an indication that somebody has some luck on their side."

Although these options help heart disease patients, they may not prevent another heart attack. Patients who've suffered a heart attack usually have more blockages in other vessels that weren't problematic earlier. But over time, the blockage builds and could cause future heart attacks, doctors said.

Cheney, 69, went to the George Washington University Hospital after experiencing chest pains Monday and underwent a stress test and a heart catheterization, according to his office.

In a cardiac catheterization, a thin, flexible tube is threaded into the heart, usually from the groin or the arm, to examine blood pressure within the heart and how much oxygen is in the blood.

Cheney has a long history of heart problems. He suffered his first heart attack in 1978, when he was 37.

He had his second heart attack in 1984 and a third in 1988 and underwent a quadruple bypass surgery to unblock his arteries. Shortly after Cheney was elected vice president in November 2000, he had a fourth heart attack and received a stent to open an artery.

In some cases, even patients who follow instructions do not respond to therapies and drugs, and they continue to get heart attacks, said Dr. Randall Starling, vice chairman of the department of cardiovascular medicine at the Cleveland Clinic, who also is not involved in Cheney's care.

"I'd like to believe that if patients take their meds, exercise, they're on a great diet, they reduce their risk," he said. "But unfortunately, there are patients who have progressive disease even by following all their doctor's orders. That's where some of the genetics get into things."

In 2001, doctors implanted a monitoring device to keep track of Cheney's heart rhythm and slow it down if necessary. In 2008, he underwent a procedure to restore his heart to a normal rhythm after doctors found that he was experiencing a recurrence of the condition, known as atrial fibrillation.

Since Cheney left office in 2009, the former vice president has remained visible, appearing on political talk shows, most recently on ABC's "This Week," where he was highly critical of President Obama's policies.

Cheney is expected to be discharged from the hospital in the next day or two, according to his office.

This month, former President Clinton was also hospitalized briefly because of a heart problem. Clinton received two stents to restore blood flow to a coronary artery after doctors discovered blockage.

The two have heart disease. This condition is the leading cause of death in the United States; more than 630,000 people die each year from it, according to the Centers for Disease Control and Prevention.

Having the kind of medical care that Clinton and Cheney receive increases the chances of the patient's survival.

"There is very strong data that shows both access to care and socioeconomic status has marked impact on outcomes with people with heart disease," said Patterson, director of the UNC McAllister Heart Institute.

And even after several heart attacks, someone like Cheney can continue to live an active life.

"If his heart function remains strong, he's got good medical care and is taking care of risk factors, he can be in very good shape," Patterson said.