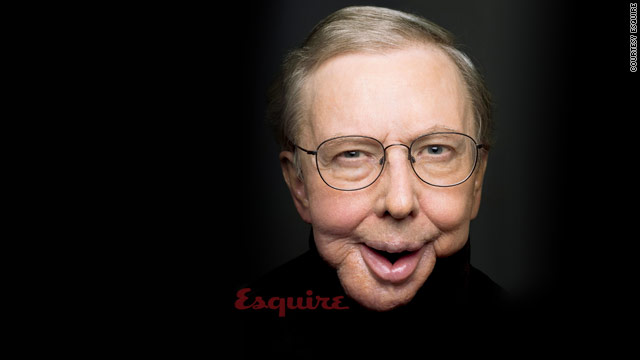 (CNN) -- It brought a tough, All-Star NBA coach to tears this week. And it stilled the voice of a famous film critic.

Head and neck cancers are rare, but known to be severe -- they can strip away a person's voice, distort the face and rob the basic abilities to eat, drink and swallow. The cancer can be so disfiguring, some patients seldom appear in public.

In a tear-filled press conference this week, Denver Nuggets coach George Karl announced he has a type of neck and throat cancer.

Karl said he will continue to coach, but will miss some games and practices. His type of cancer -- a squamous cell tumor found on his right tonsil -- is the most common and expected to be treatable with radiation and chemotherapy.

Also this week, Esquire profiled film critic Roger Ebert, who also had a head and neck cancer. He suffered complications from surgery to treat the cancer that had spread to the salivary gland. The magazine published a full-page photo of the film critic, who no longer has a lower jaw.

Ebert spent little time feeling sorry for himself: "If we think we have physical imperfections, obsessing about them is only destructive. Low self-esteem involves imagining the worst that other people can think about you. That means they're living upstairs in the rent-free room," he wrote on his blog after the photo published.

These types of cancers tend to affect men in their 60s who had histories of alcohol and tobacco, but, they are also striking younger people who don't drink or smoke. This is believed to be related to the human papillomavirus 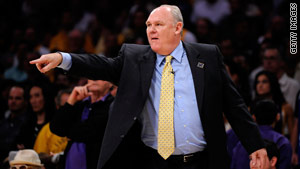 All-Star NBA coach George Karl announced he has a type of head and neck cancer this week.

"Now there's a viral cause to the cancer," said Dr. Carol Bradford, director of the head and neck oncology program at the University of Michigan Comprehensive Cancer. "It is not viewed as patients causing their own cancer."

There are about 50,000 cases of head and neck cancers every year, compared with 200,000 new cases for breast and prostate cancer.

"There aren't many celebrities or public figures who have head and neck cancers that we can hold up as an example," she said. "If you see patients when they come with advanced tumors, they can't breathe, they can't swallow their saliva, they look disfigured and their speech is abnormal, their breathing is affected. I don't think there are many people who want to go out and be a poster child -- so there's little attention."

The disease and subsequent treatments could result in disfigurement.

More so than any other cancer, people who get head and neck cancer have a visible disability, said Dr. M. Boyd Gillespie, a past president of the South Carolina Head and Neck Cancer Alliance.

It just takes away your dignity, your ability to go out in public and do simple things -- like you can't go out to dinner.
--Christine Gourin, associate professor at the Johns Hopkins School of Medicine
RELATED TOPICS

"There's a higher rate of people not being able to resume their professional life after the treatment, because nowadays the service economy and communication is so important," he said.

Even the process of eating can appear distressful.

Some patients do not want to be seen in restaurants choking, coughing and having difficulty eating, said Gillespie, who is an associate professor of otolaryngology-head and neck surgery at the Medical University of South Carolina.

"It just takes away your dignity, your ability to go out in public and do simple things -- like you can't go out to dinner," Gourin said. "It takes away things we take for granted -- eating, speech and appearance."

If the cancer is treatable with radiation and chemotherapy, the recovery is more positive.

The cancer affecting Karl is believed to be caused by a virus. This means he has a better prognosis, his doctor, Jacques Saari said in a news conference.

A doctor discovered a large lump, measuring two inches in diameter in Karl's neck in December.

Karl's treatment will force him to miss some games. He expressed hopes to recover in time to coach the Nuggets in the playoffs.

"I think the major desire for me is to kick this cancer's butt," Karl said in this week's press conference. In 2005, he underwent surgery for prostate cancer.

The radiation and chemotherapy have side effects, such as burnt tissue, redness, inflammation of the lining of the mouth, permanent dry mouth, weight loss and difficulty swallowing. Taste buds can be permanently damaged in some cases.

Through the typical seven weeks of treatment, most people continue to work.

"Some feel the need to work during treatment to retain normalcy," Gourin said.

The voice box is usually not affected, so Karl could do what head coaches often do -- yell at referees.