Is your doctor a criminal? 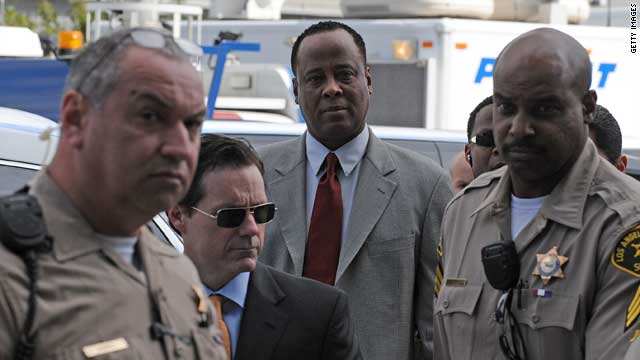 (CNN) -- You've probably heard of Dr. Conrad Murray, who stands accused of involuntary manslaughter in the death of pop star Michael Jackson, but you may not have heard of Dr. Khristine Eroshevich or Dr. Sandeep Kapoor or Dr. Phil Astin or Dr. James Graves.

Hundreds of doctors in the United States have been found guilty of criminal acts, according to the Federation of State Medical Boards. Many continue to practice, and patients have no way of knowing about their doctor's criminal past unless they do some online sleuthing.

Most physicians, of course, don't get involved in criminal activities. "The majority of people who go into medicine have a fairly decent moral compass," says Scott Stacy, a psychologist in Lawrence, Kansas, who specializes in treating troubled physicians.

But according to the Federation of State Medical Boards, approximately 200 of the nation's 735,000 actively licensed doctors were disciplined by state boards related to a criminal offense in 2008. The crimes included conviction of criminal sexual conduct, patient abuse or neglect, driving under the influence, and insurance fraud.

Brian Russell, a psychologist who practices with Stacy, compares Murray to politician John Edwards, the former presidential candidate whose political career unraveled when he revealed he'd fathered a child out of wedlock and then lied about it.

As Russell sees it, both Murray and Edwards presumably went into their chosen professions to help others, and must have worked hard in medical school and law school respectively, and then in their careers. But at some point, he says, they made some unfortunate choices.

"Doctors can be just like politicians," says Russell, "They're really smart and spend decades achieving their goals and then they turn around and do something incredibly stupid."

Murray pleaded not guilty Monday to charges of involuntary manslaughter in connection with the pop star's death. Murray, a cardiologist, told investigators he would put Jackson to sleep every night with an intravenous drip of propofol, an anesthesia used for surgeries and procedures such as colonoscopies.

[Doctors] are really smart and spend decades achieving their goals and then they turn around and do something incredibly stupid.
--Brian Russell, psychologist
RELATED TOPICS

What causes a doctor to slip from being a member of one of the most honored professions in the world to being in a court accused of a horrible crime?

In his practice, Russell says he's seen that a doctor's most useful assets sometimes get him or her into trouble.

"You have to have a lot of confidence to think you can heal someone, and it's healthy to have that confidence," he says. "But after practicing for some time you can develop a God complex and think you don't have to live by the same rules as everyone else."

Then another asset comes to haunt the doctor: intelligence. "They're smart and so they rationalize what they're doing. For example, they might tell themselves that they're actually helping an addict by prescribing them certain drugs," Russell says.

Money, of course, can also be a powerful motivator. Murray was suffering financially, with nearly $435,000 in judgments and liens against him over the past two years, according to court documents, when he decided to leave his practice and earn $150,000 a month working for Jackson.

Fame -- or at least being close to famous people -- also tempts doctors to break the rules, says Russell, who calls the phenomenon "Hollywood health care."

"Celebrities come around and treat the doctor like a friend and invite the doctor to parties where they meet more celebrities," he says. "They end up giving the celebrity what they want, and the doctor stops looking at himself in the mirror critically."

Does your doctor have a criminal past?

Your doctor could have a criminal past and still be practicing medicine, since state medical boards don't always revoke a physician's license after being convicted of a crime, according to Drew Carlson, a spokesperson for the Federation of State Medical Boards.

"It will vary on a case by case basis and depend on the nature of the crime," says Carlson.

A search in your state might not reveal a doctor's problems in another state. To get a national profile on your doctor, pay $9.95 to do a search on the Web site of the Federation of State Medical Boards.