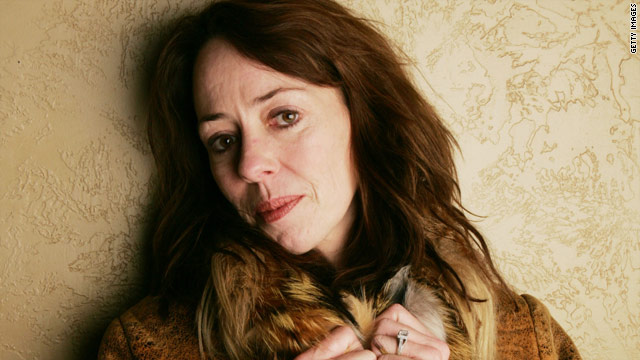 Mackenzie Phillips said she is taking back the word "consensual" in reference to her relationship with her father.
STORY HIGHLIGHTS
RELATED TOPICS

(CNN) -- In her memoir, "High on Arrival," actress Mackenzie Phillips revealed details of her incestuous relationship with her father, which she called "consensual."

Now, she's taking that word back. She told HLN's Joy Behar this week that she would not necessarily call the relationship with musician John Phillips consensual at this time.

Realizing that incest is not the victim's fault is a difficult process that happens through therapy and can take many years.

"They carry this kind of belief that they may have flirted, that they may have worn a bikini, all this stuff makes them feel, 'I'm not really innocent,' " said Joanne Zucchetto, psychotherapist at the Psychiatric Institute of Washington's post-traumatic disorders program.

By definition, incest is never consensual, although often the perpetrator will convince the victim otherwise, experts say. The power dynamics of the relationship between a parent and child are such that it's always the parent's responsibility to maintain normal boundaries, even if it's the son or daughter who makes some kind of initial gesture, said Debra Borys, psychologist in Los Angeles, California.

Realizing that they are not to blame for the incident or incidents is necessary for recovery, but it is also anxiety-provoking, forcing them to confront the sadness surrounding the incestuous relationship, Zucchetto said.

"Part of therapy is to stop victimization by changing your perception of being somebody who is OK to be the slave for somebody else," said Michael Salamon, psychologist and director of the Adult Development Center in Hewlett, New York.

Of the 60,000 sexual assault cases reported in 12 states in 2000, about 25 percent were committed by family members, according to a U.S. Bureau of Justice report. Family members were involved in about half of the sexual assault cases with victims younger than 11. More recent statistics are not available because the U.S. Census Bureau does not provide information about incest in its statistics on child abuse, sexual abuse and assault.

"Some people have better systems of rejuvenating than others," Revere said.

Some people who have had an incestuous relationship will become promiscuous or avoid sex altogether, Revere said. They often have trust issues, feeling that they have been betrayed by a close relative.

"The notion that this is in the past is very hard to really grasp, because they may still be very frightened," she said.

Treating an adult survivor of incest is not necessarily different from dealing with a child, but an adult may be better equipped to understand some of the complex and conflicted feelings that might have made them vulnerable to a situation that was not necessarily physically forced upon them, Borys said.

Vulnerability does not refer to responsibility but rather to factors such as "circumstances growing up that made them feel like they have rights about their body and who touches their body, or that they did not learn that it's OK to speak up and say no to things that are uncomfortable or if the parent was extremely authoritarian," she said.

It is common for survivors of any trauma to turn to avoidance behaviors such as substance abuse, gambling, promiscuity and other ways that "people distract from their feelings," Zucchetto said.

Phillips, 49, who played Julie Cooper on CBS' hit sitcom "One Day at a Time" as a teenager, has also had a well-publicized addiction to cocaine, as well as drug arrests and stints in rehab. She's currently on a reality show, VH1's "Celebrity Rehab with Dr. Drew Pinsky."

Although therapists want victims to realize that the incest was not their own fault, they also hold their clients accountable for destructive behaviors, Zucchetto said. Drug usage, for example, is treated as a related problem, not a separate one.

The therapist helps the client see the link between the negative behaviors and the source of avoidance, she said. The victim begins to see that the drugs are a way of numbing.

"You work with them but not in a punitive way, but absolutely holding them accountable because they cannot get better unless they stop," she said.

After Phillips spoke with Oprah Winfrey in September, RAINN saw an 83 percent increase in activity on its online hot line and a 26 percent increase on its telephone hot line, said Jennifer Wilson, the organization's National Sexual Assault hot line director.

There may also be an uptick as a result of Phillips' recent revelation, she said. Wilson has heard reports of a few people who sought help online, referring to Phillips' comments about the relations with her father not being consensual and really questioning their own experiences based on that, she said.

After these news-related spikes, hot line activity tends to go back down after the press fades, spokeswoman Elizabeth Crothers said.

"At least when these stories come out, it does compel people to get help, oftentimes for the first time, because first of all, they feel as though they're not alone, and secondly because they see there are resources out there," she said.