CDC: 1 in 5 teens has cholesterol problems. Now what? 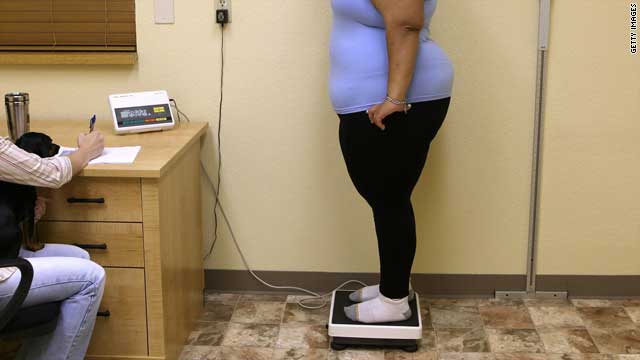 Weight may not be the best indicator of cholesterol problems, but overweight teens tend to have more blood-fat abnormalities.
STORY HIGHLIGHTS

(Health.com) -- One in five teens in the U.S. -- and more than 40 percent of obese teens -- have abnormal cholesterol, whether it's low HDL (good cholesterol); high LDL (bad cholesterol); or high levels of triglycerides, another type of blood fat, according to a new report from the Centers for Disease Control and Prevention.

The findings suggest that the American Academy of Pediatrics's (AAP) 2008 guidelines -- which recommend more aggressive cholesterol testing and intervention in kids, particularly the overweight and obese -- make sense, the authors conclude.

The 2008 guidelines created controversy because, for the first time, cholesterol tests were recommended for overweight or high-risk children as young as 2 years old, and treatment with a cholesterol-lowering statin was an option for children as young as 8 who had bad cholesterol, or LDL, over 190 mg/dL, and who couldn't lower their cholesterol with diet or exercise. (The previous guidelines said children should be older than 10 before medication was considered, and statins weren't on the list.)

But adding confusion to the controversy, 2007 guidelines from the U.S. Preventive Services Task Force say the evidence is insufficient for cholesterol testing in children and young adults up to age 20.

The result is that many parents aren't sure whether they should have their children tested and what to do if a youngster does indeed have high cholesterol. And pediatricians may be testing more children, even those who don't fit the guidelines.

Kathryn Leslie, 17, is a vegetarian from Albany, New York. She prepares Tofurky sandwiches to complement her mom's vegetable-heavy family meals, and at 5'2" and 110 pounds, she isn't overweight. So even Leslie's doctor was surprised to find out she had high cholesterol.

So was her mom, Mary, who notes there's no family history of heart disease. "My cholesterol is really low and my husband's cholesterol is normal," she says. "[Kathryn] is not overweight and eats an extremely healthy diet. It just came out of nowhere." So why did she have the cholesterol test in the first place? Her mother isn't sure.

"I didn't even question why it would be necessary, as she was already getting blood work done anyway, so it was just one more test," Mary says. "I didn't ever imagine there would be anything wrong with her cholesterol, so I really didn't give it much thought."

In general, experts worry about "just because" tests because they lead to anxiety, unnecessary biopsies (which is a common concern with Pap smears), and potentially harmful and pricey treatments for people who don't need them. But cholesterol tests are relatively cheap -- $50 or so -- and can be done if blood is being drawn for other tests, which makes them prime candidates for "just because" testing.

Hard data on children's cholesterol tests are scant (about 7 percent of kids were tested prior to the 2008 guidelines). But anecdotal evidence suggests pediatricians are now performing more cholesterol tests.

"There's more awareness, [because the new] guidelines really got a lot of attention in the media and that trickled down to the medical field," says Dr. Joyce M. Lee, an assistant professor of pediatric endocrinology at the University of Michigan.

Although the 2008 guidelines and the CDC results suggest testing obese children is helpful, Lee and colleagues recently published a study that suggests that body weight isn't a strong indicator of which kids will have high cholesterol.

Overall, one-third of adolescents in the new CDC survey were overweight or obese; 22 percent of the overweight teens and 43 percent of the obese teens had at least one blood-fat abnormality (as did 14 percent of teens who weren't overweight). The CDC survey included 3,125 children and teens ages 12 to 19, who were tested between 1999 and 2006, according to the report published this week in the Morbidity and Mortality Weekly Report.

"It used to be that family history drove who should be screened. Now the recommendations say to include weight as a criterion," says Lee. "With obesity being such a problem in [American] children, conditions that we thought were exclusively adult conditions do seem to be prevalent in a small amount of children."

Parents confused about what to do

I didn't feel there was anything to do differently except remind her to exercise.
--Mary Leslie, a mother after learning her teenage daughter has high cholesterol
RELATED TOPICS

When kids do test positive for high cholesterol, doctors can offer parents advice to eat healthier, exercise more, or potentially take cholesterol-lowering medication, although there is little to no long-term safety data regarding children on such drugs.

After bringing Kathryn to see a dietitian, Mary Leslie says she feels reassured by how well her daughter eats and has put cholesterol worries to the side. "It's just something we know is there, and we'll see how it goes," she says. "I didn't feel there was anything to do differently except remind her to exercise."

Lee recommends that parents have a plan before their child is screened for high cholesterol. "If parents don't want to abide by the diet, and they don't want [their children taking] medications, then nothing about the management is going to change, and one might ask, what's the point?"

Parents like Cassie France-Kelly, a public relations manager from New Market, Maryland, may end up feeling guilty when a child's cholesterol is high, especially when they are not sure if they should -- or can -- dramatically change their children's diet or activity. "I feel like I'm doing mostly the right things, and yet I have kids with high cholesterol," she says.

Both France-Kelly and her mother have exceptionally high cholesterol, she says. Her two sons, Mason, 9, and Beckett, 4, are both on the low side of growth charts and are extremely active kids, but their total cholesterol levels are borderline high. France-Kelly says she plans to have her 2-year-old daughter tested next year, but that she would be resistant to medicating any of her children for high cholesterol.

Despite the fact that the AAP said they could be a possibility for children as young as 8 years old, cholesterol medications are not something that most parents want to consider for their kids. In reality, treating children who meet the criteria should mean that less than 1 percent, or about 200,000, of U.S. kids and teens need to be on cholesterol-lowering medications, according to a February 2008 study.

Placing a child on statins is different than prescribing the medications to adults, who typically wouldn't start a drug regimen until middle age. "If you're going to start a 10-year-old on it and say, 'You need to take this for the rest of your life', there's some doubt as to whether that would be a good idea," says Lee. "People are a bit wary of that, because [statins are] something that could potentially affect growth and development."

Part of it may also depend on what the doctor prefers. "Some [thought] we need to be aggressive about preventing cardiovascular disease in children," says Lee. "Others have [questioned] the long-term side effects and [whether] we should really be prescribing this in kids."

A more aggressive treatment may be best for certain high-risk children. Autopsy studies do suggest that the first signs of heart disease -- fatty "streaks" or accumulation of plaque in arteries -- show up in childhood, so screening and treating sooner may prevent complications down the road.

"Exactly what age to start is slightly controversial," says Dr. Samuel S. Gidding, the chief of pediatric cardiology at the Alfred I. DuPont Hospital for Children, in Wilmington, Delaware. "But the earlier you treat, the likelier you are to be effective with treatment."

Statins seem to be relatively safe, says Gidding. The benefits may outweigh the risks of giving them to children at a young age, especially if cholesterol and, therefore, heart disease risk are very high -- although no one really knows what happens when children take the drugs over the course of a lifetime.

"It's not when you treat, but that you have treated the matter," says Gidding. "You actually may want to be treated at an earlier age just so you get that protection of your blood vessels [in case] you have to go off the medication" for reasons that may come up later in life, like pregnancy.

At the very least, early screening can give parents an excuse to teach children how to manage their cholesterol levels from a young age. Doing so may prevent artery damage down the road that could in turn lead to heart disease, especially if cardiac problems run in the child's family.

"All patients with hyperlipidemia will end up on a low cholesterol diet, and everybody should exercise aerobically, 20 to 30 minutes a day, whether they have high cholesterol or not," says Dr. Richard Lorber, a pediatrician and cardiovascular medicine specialist at the Cleveland Clinic.

However, the guidelines are also not to be taken as set-in-stone rules. "We say we treat children with risk factors and an LDL over 160 of 8 years of age, but each kid is different," says Lorber. "Each kid is still evaluated on a personal level."

It will be a few more years until France-Kelly's sons are old enough to self-monitor their weight, activity, diet, and cholesterol levels. "I work full-time, so it's not like I'm there full-time patrolling everything they eat and what they do," she says. "You wonder if it's something you did. You feel like you need to work a little bit harder."