Too much TV may mean earlier death 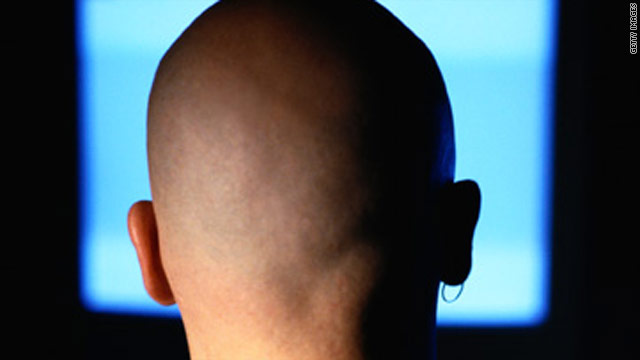 The real problem appears to be that sitting is the "default position" for TV viewing, the study author said.
STORY HIGHLIGHTS

(Health.com) -- Watching too much television can make you feel a bit brain-dead. According to a new study, it might also take years off your life.

The more time you spend watching TV, the greater your risk of dying at an earlier age -- especially from heart disease, researchers found.

Each additional hour spent in front of the TV increased the risk of dying from heart disease by 18 percent and the overall risk of death by 11 percent, according to the study, which was published Monday on the Web site of Circulation, an American Heart Association journal. (The study will appear in the Jan. 26 print edition.)

Health.com: Why your heart needs exercise

The pattern held even after the researchers took into account the education level and overall health of the participants -- their age, whether they smoked, and their cholesterol and blood pressure, for example.

Television isn't lethal in and of itself; the real problem appears to be that sitting is the "default position" for TV viewing, says lead study author David Dunstan, Ph.D., the head of the physical activity lab at the Baker IDI Heart and Diabetes Institute, a national research center in Victoria, Australia.

"Prolonged watching of television equals a lot of sitting, which invariably means there's an absence of muscle movement," Dunstan says. If your muscles stay inactive for too long, it can disrupt your metabolism, he explains.

What's more, exercise doesn't necessarily make up for long sessions in front of the tube. Dunstan and his colleagues figured into their analysis how much the study participants exercised. When they compared groups of adults who exercised the same amount but watched varying amounts of TV, those who watched more TV were still at a higher risk of dying during the study.

"You can be active and also watch high amounts of television," Dunstan says. Television isn't necessarily replacing our exercise time, he explains, but it is replacing everyday, "non-sweaty" movements as basic as standing and walking from room to room. The positive health effects of these seemingly negligible activities are underestimated, he says.

Previous studies have reported a link between sitting time and the risk of heart disease and death, but this is the first to focus on television watching, which is one of the most common leisure activities. Adults in Australia, where the study was conducted, average about three hours a day; in the United States, the average has been estimated at up to five hours.

Health.com: The best exercises for health

The amount of television a person watches is a good index of the overall time they spend sitting, Dunstan says. But there's also some evidence that watching TV may be unhealthier than other sedentary activities, says Peter Katzmarzyk, Ph.D., an exercise scientist at the Pennington Biomedical Research Center, in Baton Rouge, Louisiana.

"Reading or doing homework doesn't seem to be associated with risk factors as much as television viewing," says Katzmarzyk, who was not involved in the study but has studied the health effects of sitting time. "We're not sure if it's the sedentary behavior itself or the other things you're doing during television viewing, like snacking."

Because the study controlled for diet quality and calorie intake, snacking is unlikely to explain the increased risk of death observed in the study, Dunstan and his colleagues note. However, Dunstan agrees that the combination of inactivity and junk food associated with watching TV certainly has negative health effects.

"Studies show that television leads to an increase in the consumption of energy-dense, snack-type foods," he says. "It's a stimulus for poor dietary behavior, whereas some of the other types of sedentary behavior are less likely to stimulate poor snacking behaviors." And because it burns so few calories -- about the same as sleeping, hour for hour -- watching TV tends to reduce a person's overall energy output, Dunstan adds.

Although it's a handy way to gauge a person's sitting time, television isn't the only reason for the decline of everyday movement, Dunstan points out. Technology has made people more sedentary in general. While there are still plenty of occupations that require people to be on their feet all day, more and more of us sit at desks, glued to computer screens. Instead of walking down the hall to speak with co-workers, we email them.

"Modern technology has virtually engineered a lot of incidental, non-sweaty activity out of our lives," Dunstan says.

Katzmarzyk recommends that deskbound workers stand up and move about whenever they can. "Nobody says you have to sit in front of a computer," he says. "Get a few books to prop up your monitor and stand up. Stand [while talking] on the phone. Take meetings while you're walking -- anything to get more activity during the day."

Even watching TV provides opportunities to move around, Dunstan says. Commercial breaks are built-in excuses to stand up and stretch your legs for a minute or two.

The bottom line? Exercise is important for health, but avoiding prolonged periods of sitting is nearly as important, Dunstan says. "Just get up and move about during the day. The more you move, the greater the health benefits are likely to be."