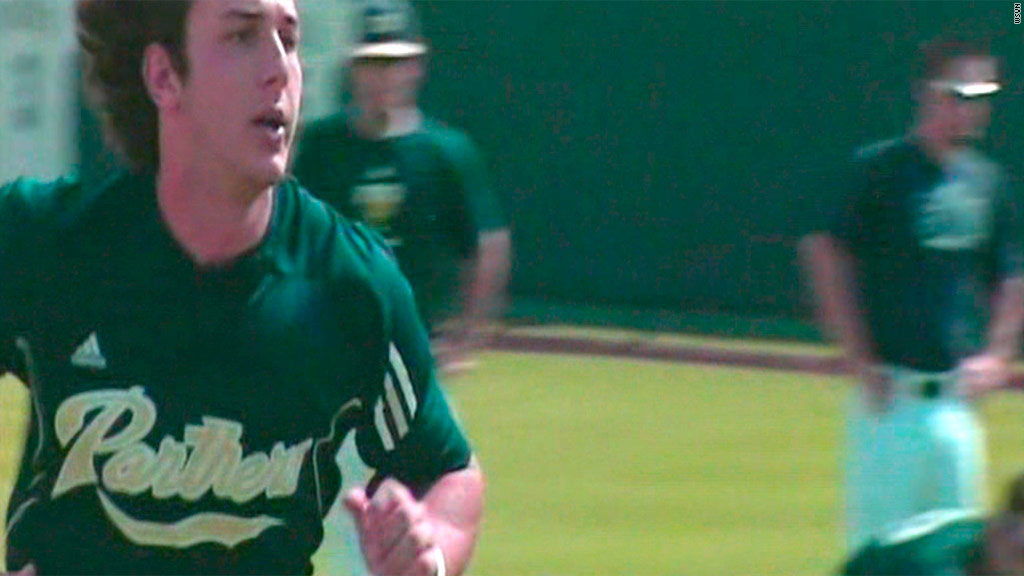 The 6-foot, 1-inch, 198-pound infielder finished the 2010 season on a 56-game hitting streak, the second-longest in NCAA Division 1 baseball history, according to FIU's website.

Calls to Wittels' family, FIU and the NCAA were not immediately returned.

The junior shortstop was with four friends from Miami, Florida, when the incident allegedly occurred, said Skippings, who added that all five were charged.

But the mother of one of the friends said only three of the five were charged, and that all five had returned to Miami.

"I really think all of them are innocent," said Dalilah Tromberg, mother of Steven Tromberg, in a telephone interview. "These kids are going to prove, at the end, that they are innocent. The truth will prevail."

She added that her son and another of the group were not charged. "They are all wonderful boys from great families and I've known them for many years, most of them."

Tromberg said she could not add more. "I've been told not to discuss," she said.

Wittels was named this month to the National Collegiate Baseball Writers of America Preseason All-America Team.

His streak, which will carry into the 2011 season, puts him two games behind Robin Ventura's 1987 record of hitting in 58 straight games.

According to FIU's website, Wittels is slated to start on Feb. 18, when FIU hosts Southeastern Louisiana.