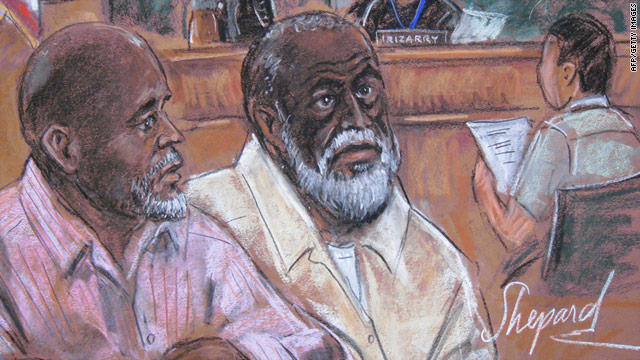 New York (CNN) -- A former Guyana parliament member was sentenced to life in prison Wednesday after he was convicted of plotting to detonate explosives at John F. Kennedy International Airport in New York.

Abdul Kadir is one of four people who faced charges in a 2007 plot to explode fuel tanks and the fuel pipeline under the airport, according to a statement from the U.S. Eastern District Court of New York.

"The sentence imposed on Abdul Kadir sends a powerful and clear message," U.S. Attorney Loretta Lynch said. "We will bring to justice those who plot to attack the United States of America."

A federal jury convicted Kadir and co-conspirator Russell Defreitas in July after a nine-week trial, the statement said.

Kadir was found guilty on five counts but not guilty of surveillance of a mass transportation facility.

His attorney, Kafahni Nkrumah, was not immediately available for comment.

Prosecutors have said the men tapped into an international network of Muslim extremists to develop the plot and start work toward carrying it out.

A criminal complaint accused the men of obtaining satellite photos of the airport and using DeFreitas to conduct surveillance and identify potential targets and escape routes.

An informant secretly taped conversations in which DeFreitas described the symbolic importance of targeting JFK, the complaint says.