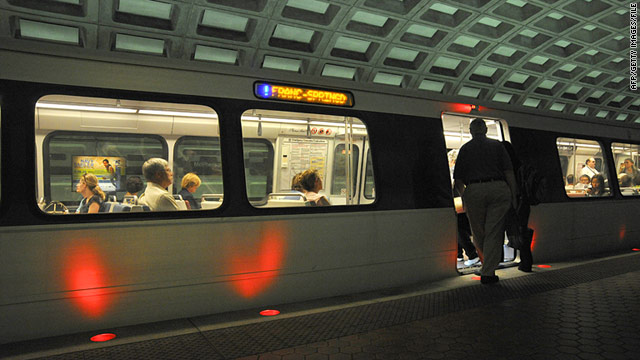 (CNN) -- A Virginia man who allegedly threatened during a Facebook chat to detonate explosives in the Washington area was arrested last week and is undergoing a mental evaluation, according to federal court documents that came to light Tuesday.

Awais Younis, also identified as Sundullah Ghilzai, told an FBI complainant through Facebook how to build a pipe bomb "and what type of shrapnel would cause the greatest amount of damage," according to an affidavit from an FBI special agent. The threatened targets included the Washington Metro transit system.

Younis, who is being held at the Alexandria, Virginia, Detention Center, was arrested December 6 on charges of communicating threats using interstate communications, according to prosecutors. Younis has not been charged with any federal terrorism violation.

A law enforcement source says a handgun was found at his residence but no other weapons or explosives. The threat is judged to be "minimal," according to the source.

The suspect had a probable cause and detention hearing on December 9, said Peter Carr, spokesman for the U.S. Attorney's Office for the Eastern District of Virginia. A judge ordered a mental evaluation. The next hearing is scheduled for December 21, Carr said Tuesday.

"The public should be reassured that [Younis'] activities prior to his arrest were carefully monitored and that there is no threat against Metrorail or the general public in the Washington, D.C., area," Carr said in a statement.

A call to Younis' attorney was not immediately returned, and a knock at his residence Tuesday was not answered. Court records say Younis was born in Afghanistan in 1985, making him 25 or 26 years old.

The alleged threat came to light in late November when, court documents say, a person contacted the FBI's New Orleans field office to say that Younis had described during a Facebook chat how he could build a pipe bomb and detonate it under a sewer in Georgetown, a neighborhood in Washington.

Younis stated that a rush-hour explosion would produce the greatest number of casualties and that the "third and fifth cars in the Metro trains had the highest number of commuters on them," the court document reads. Younis further said "he could place pipe bombs in these locations and would not be noticed," the documents read.

When Younis' Facebook acquaintance told him, "You wouldn't do that," Younis allegedly replied, "Watch me," the document says.

Investigators said Younis' Facebook page, using the name Ghilzai, contained a photo of Younis in Afghanistan holding an AK-47 rifle, with his uncle standing in front of a tent containing explosives. A caption read, "My family business," the affidavit says.

A separate photo posted December 1 depicts a hand holding rifle rounds for a machine gun with the caption "bullet behind every rock."

Younis' online acquaintance said Younis recently stated on Facebook that "Christmas trees were going to go boom," according to the affidavit.

The Younis case is the second this year involving alleged threats to Washington's Metro system.

In October, authorities charged Farooque Ahmed, 34, a naturalized citizen and a native of Pakistan, with attempting to provide material support to a designated terrorist organization after he allegedly assisted in planning an attack on Metro stations in the vicinity of the Pentagon.

Ahmed has pleaded not guilty to that charge.

The FBI said Ahmed had conducted surveillance for undercover agents whom he believed to be al Qaeda co-conspirators. According to the documents, authorities found three weapons at Ahmed's home at the time of his arrest: a Smith & Wesson pistol, a 12-gauge double-barrel shotgun and a Remington rifle, along with ammunition.

Also discovered was a biography of American-born Yemeni cleric Anwar al-Awlaki, who is believed to be a senior leader of al Qaeda in the Arabian Peninsula.