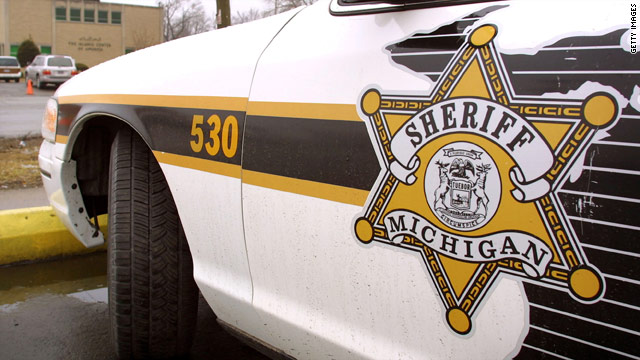 (CNN) -- A statutory rape charge against an 18-year-old Michigan man who had sex with a 14-year-old girl has been dropped after the girl committed suicide, according to the Wayne County, Michigan, prosecutor's office.

"Our witness was the evidence and her testimony was going to be our evidence in the case," said Maria Miller, spokeswoman for the prosecutor's office. "Our heart goes out to the family in what is just a tragic case."

The mother of Samantha Kelly made a tearful plea for justice on Wednesday after watching former defendant Joseph Tarnopolski go free.

"My daughter did not get any justice before this, and she is not getting justice now," Kelly's mother, June Justice, told reporters, according to CNN affiliate WDIV.

Samantha Kelly's death removed evidence and testimony that might have led to a conviction, and made it impossible for the defendant to face his accuser under oath in open court, Miller said.

The girl's body was discovered by her 12-year-old brother after she hanged herself in her bedroom on Monday, according to Huron Township Detective Scott Carey.

Tarnopolski, who faced the specific charge of criminal sexual conduct of the third degree, acknowledged having sex with Kelly but disputed claims that it was not consensual.

"It was a mutual thing and I have text messages proving that," Tarnopolski told WDIV. "It's her parents that pushed it as hard they did," he said. "They said I threw her down and all that stuff. It never happened."

A police investigation indicated the sexual encounter was consensual but the alleged victim was under the age of consent, according to a written statement by Huron Township police.

Despite Tarnopolski's admission of a sexual encounter, Michigan state law precludes using only the defendant's statement in proving a case.

Choking back tears in front of reporters, the girl's mother said court authorities took her into a separate room where prosecutors explained the ruling before the case was dismissed.

"This is our justice system," she said disparagingly.

"It's torn all of us up," said neighbor Amy Tyree. "Anytime you have a loss of a young child, it just tears the community to pieces."