Texas teen was trying to turn life around when he disappeared 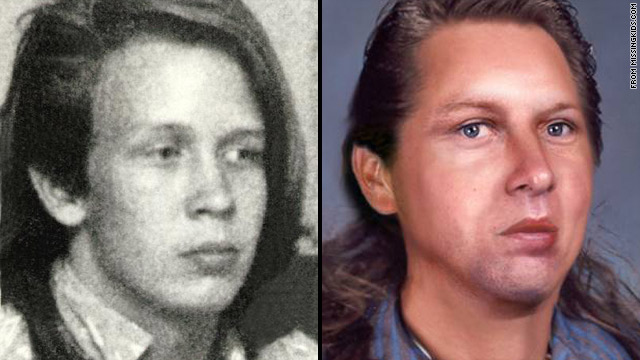 New York (CNN) -- By the time he turned 16, Sam Rawls had already seen lifetimes worth of trouble.

He was heavily into drug use, sometimes had a violent temper and committed burglary and eventually spent three months in a court-ordered detention and rehabilitation facility in Waco, Texas, said Denise Martin, Rawls' mother.

Rawls was released and returned home to San Antonio in November 1987, spending the next several months trying to get his act together, Martin said. With his difficult past, that was very complicated.

"He was very confused and troubled and sad, and he was just a mess and just wanted to get better,'' Martin said.

On February 27, 1988, a Saturday, Rawls mowed the lawn and told his mother he was heading out to see some friends that night. According to reports, he took his bicycle. By morning, he was still not home.

In the past, Rawls had fallen out of sight for a few days, but always called his mother and took some possessions with him, Martin said. Not this time. He has not been heard from in more than 22 years.

Detectives revisit the case file at least once a year, according to Sgt. Chris Benavides, a spokesman for the San Antonio Police Department. The last lead came in 2006 and was ''not actionable,'' Benavides said.

"We are pretty much at a standstill.''

Although some reports say he may have been last seen accompanying a girl home from a friend's house, police said they have no record of this in their files. One part of the mystery that remains hard to explain: Rawls' bike was found at home.

Rawls and his friends seemed to have a teenage fascination with Satanism, Martin said. Whether he ran away or met foul play may never be revealed.

"He would never hurt someone who cared about him this much,'' Martin said. "He would never cause them this much pain. I mean, it's every single day,'' she said, adding that her son could find a way to contact her if he were able.

Despite his problems, Rawls was also involved in society before he disappeared from it.

He enjoyed acting and was very good at it, Martin said. He also drew a lot of sketches and wanted to be an artist, she said. He had friends, many of them girls, she said.

At the time of his disappearance, Rawls was 6 feet, 2 inches and 150 pounds, with dark blond hair and blue eyes. His left collarbone protruded after he broke it sleepwalking, according to Martin.

He was last seen wearing a black and white pullover jacket, Levis 501 jeans and white sports shoes. He had a silver ring with a turquoise stone in the shape of a marijuana leaf in the center and, from his mother, a watch with a moon design on the face and tan cowhide band.

If you have information on this case, call The National Center for Missing & Exploited Children at 1-800-THE LOST, or the San Antonio Police Department at 210-207-7662.