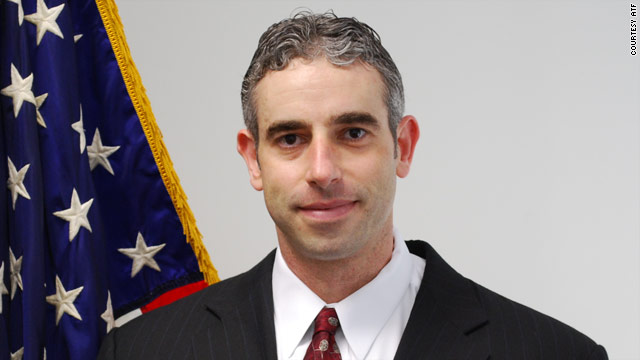 Washington (CNN) -- Is Will Clark a villain or a hero?

Was the off-duty federal agent brave and chivalrous, or did he overreact when he intervened in a heated domestic argument and shot a man five times, killing him?

A U.S. Virgin Islands jury this week will hear the case for and against Clark, a nine-year veteran of the U.S. Bureau of Alcohol, Tobacco, Firearms and Explosives, now charged with second degree murder.

The prosecution of Special Agent William G. Clark for the 2008 shooting death of Marcus Sukow has enraged many federal law enforcement officers, who say Clark was heroically coming to the defense of a battered woman.

Federal authorities were so incensed by the Virgin Island's prosecution of Clark -- and so concerned other federal agents could similarly be prosecuted -- that they removed all ATF agents from the Virgin Islands in 2008, a policy that continues today, the agency said.

While the broad outline of the shooting is undisputed, two government investigations came to starkly different conclusions.

A federal government multi-agency investigation of the 2008 incident unanimously concluded the shooting was justified. The ATF even returned Clark's gun and badge and put him back to work.

The incident occurred the morning of Sunday, September 7, 2008, outside a St. Thomas condo, where all of the main participants were neighbors.

According to a police affidavit, Clark was leaving his condo when he encountered Sukow and his girlfriend, Marguerite Duncan. They had been drinking and were having a "disagreement." Duncan asked Clark for a ride to the guard gate and got in Clark's sports utility vehicle.

Sukow approached Clark, who was sitting in the car with the driver's door open. One witness said he saw Sukow striking the driver's door with his flashlight, and saw Clark draw his weapon and tell Sukow to step back.

"Mr. Sukow stood there with his hands at his side when William Clarke [sic] discharged his firearm at him several times," the affidavit reads.

Local prosecutors evidently were heavily influenced by two facts: First, the deceased, Marcus Sukow, was armed only with a flashlight; second, Clark shot him five times.

"These facts are undisputed and were the findings of the local police investigation," Gov. John de Jongh Jr. wrote in a letter justifying the prosecution.

But a defense lawyer says the local police department's affidavit is inaccurate and its investigation grossly incomplete.

Attorney Mark Schamel said Sukow weighed 260 pounds, had a history of violent assaults, and was acting violently at the time of the incident.

When Clark first encountered the fighting couple, Sukow was naked, intoxicated and shouting threats at his girlfriend and racial slurs at a neighbor who had come out during the commotion.

At one point, Sukow went into his condo and returned wearing gym shorts, and then pelted his girlfriend's car with landscaping stones.

Clark fired rapidly, as he was trained, Schamel said.

Tests later showed that Sukow had a blood-alcohol content of 0.29 percent, and had barbiturates and morphine in his blood, the defense lawyer said.

Schamel said the former head trainer for the Virgin Islands Police Department academy will testify as an expert witness that the shooting was justified.

Schamel said he also has subpoenaed the Virgin Islands' governor and first lady to testify, because Duncan called them shortly after the shooting. He declined to say what he expected them to say.

"Special Agent Clark intervened in a domestic dispute in order to protect a woman that was endangered by her boyfriend. His actions were necessary to save a woman's life and his own life," Melson said. "The ATF family supports Special Agent Clark and seeks an immediate, non-criminal resolution in this matter."

Clark's attorney fought to have the case transferred to federal court, saying Clark was acting as a federal agent and deserved federal protections. But a district court judge ruled against the motion, and a federal court has declined to halt the trial.

"William Clark is a federal ATF agent who does not have peace officer status under Virgin Islands law and therefore had no authority to enforce law including the domestic violence statutes," said Sara Lezama, a spokeswoman for the Virgin Islands Department of Justice.

As a private citizen, Clark was authorized to carry a gun and use reasonable force to defend himself and others, Lezama said. But Sukow "did not inflict bodily harm on anyone the morning he was shot," she said.

"That's the government's general position in this case. We believe that he used excessive force instead of reasonable force in this matter," Lezama said.

"It is well recognized that federal law enforcement officers are immune from state criminal liability for actions that are taken within the scope of their employment as federal officers," Sen. Charles Schumer, D-New York, wrote in a letter to Gov. de Jongh. "That principle... applies with equal force in United States territories."

The Clark prosecution "has the potential to create a chilling effect on the operation of federal law enforcement throughout the United States' territories," Schumer wrote.

"The American law enforcement community is outraged that the USVI prosecutor seems more intent on punishing American cops than woman beaters," Jon Adler, president of the Federal Law Enforcement Officers Association, said in a written statement. Adler and others are calling for an investigation into the prosecution, saying it is in retaliation for federal corruption investigation in the Virgin Islands.

The spokeswoman for the Virgin Islands Department of Justice said a jury will determine the appropriateness of the shooting. That jury was being selected Monday, and the trial is expected to last seven days, she said.