The 'Energizer Bunny' of Hollywood lawyers 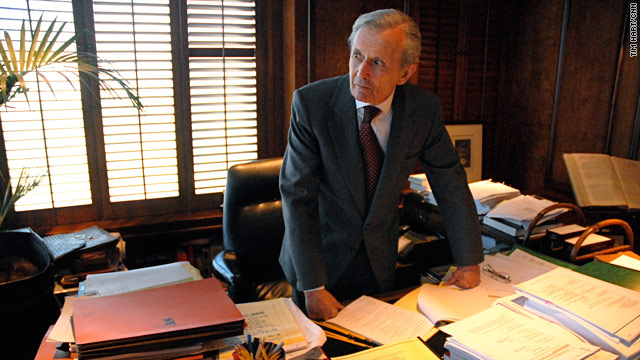 Bert Fields, who is formidable in court, has been defending Hollywood's power players and celebrities for 50 years.
STORY HIGHLIGHTS

Los Angeles, California (CNN) -- Bert Fields has fought the legal battles of Hollywood's power players for half a century. He has taken on Disney -- the mighty Mouse House -- and won, more than once. Not surprisingly, his client roster is a virtual Who's Who.

But first, just the facts, ma'am. Fields' long career as a lawyer to the stars began with Jack Webb and "Dragnet." Fields cut a few business deals for Webb, earning a walk-on role as a prosecutor on the iconic 1960s cop show. He went on to represent Warren Beatty and The Beatles, Dustin Hoffman and Madonna.

Now he occupies his days with the legal affairs of James Cameron, Tom Cruise and the Weinstein brothers. ''In the entertainment business, walking into litigation without Bert Fields is like walking into the Arctic without a jacket,'' Harvey Weinstein famously told the New York Times in 2005.

Unlike many other Hollywood lawyers, Fields freely offers up observations about his famous clients. Of Cameron, he said: "He's a normal guy in a sometimes not normal world. I find him kind of pleasant." Of Cruise, he opined: "He is definitely not gay." And, he said, "I get a kick out of the Weinsteins."

"It's very rare that Bert says 'No comment,' " said crisis management expert Michael Sitrick, who has worked with Fields on many cases.

Fields is lean and fit, and his Zen-like exterior masks his fierceness in court. He may be 81, but he leads his law firm again this year in billable hours, more than 3,000 of them, he said. He still arrives at the office each day at 7 a.m., long before anyone else.

Attorney Pierce O'Donnell has faced off against Fields many times, and considers him a friend.

"It was very common for Bert and me to oppose each other in the '80s and '90s." O'Donnell said. "There's no finer lawyer that I've ever opposed than Bert Fields. And better yet, he's a class act. I guess he's the Energizer Bunny if he's 81 and going strong."

Sitrick agrees: "I think Bert is one of the great lawyers and counselors and consiglieri in the country," he said. "He has street sense, he has great instincts. There are a lot of people who have book smarts and can't tie their shoes."

He may be street-smart, but Fields appreciates the finer things in life. He enjoys fine wine and gourmet food. He is driven to work in a Bentley Arnage from the Malibu beach house he shares with his wife of 20 years, the art expert Barbara Guggenheim. Fields gets a lot of work done in the back seat. He's quick to respond to e-mail, but Fields cautioned, "I do not tweet."

He advises against it. "I see people sitting in court tweeting all the time," Fields said. "It's very dangerous from a litigation point of view. E-mails are death. Litigators say, 'First thing is get all the e-mails.' People say things in an e-mail they'd never say in a letter."

Most entertainment lawyers pick a specialty and stick with it, but Fields is comfortable as a utility player. His ability to work both sides of the street makes him a rarity. One minute he might represent a star or a director trying to cut a deal with a major studio, and the next, he'll represent the studio in a completely different matter.

"When I first started, lawyers did anything that came in the door," Fields recalled. "I've been doing both transactional law and litigation. And I think I'm the last one standing who does them both."

When the Beatles-owned company Apple Corps Ltd. wanted to stop the knockoff touring group "Beatlemania," they turned to Fields, who won an injunction, plus damages, and set a key legal precedent establishing celebrities' right to control their own publicity. When Warren Beatty was upset that four minutes would be cut from the television version of his film "Reds," Fields took the dispute to court, winning a legal landmark case giving directors rights to the final cuts of their films.

When Jeffrey Katzenberg divorced painfully from Disney, Fields won him a settlement in 1999, leaving the amount to be decided by arbitration. The arbitration hearing was held in a mock courtroom in the offices of his law firm and was open to the public. Katzenberg's award: $250 million in back bonus pay. The case was famous for weakening Disney's then-chief Michael Eisner, who engaged in a bit of heated questioning with Fields, who was armed with notes from Eisner's biographer.

According to an excerpt published in The New Yorker, it went like this:

Fields: Did you tell Mr. Schwartz that you hated Mr. Katzenberg?

Eisner: In one conversation when he pushed me on a series of things that Mr. Katzenberg had done, I did -- I did say that.

Fields: You said, "I think I hate the little midget"?

Eisner: I think you're getting into an area that -- that -- I just want to say that is ill-advised ... and if you pursue this line of questioning, it will put in the public record those things that I think are not necessary to be in the public record.

The only time a witness I was cross-examining pointed at me and said I must stop asking these questions.
--Bert Fields, on questioning Michael Eisner
RELATED TOPICS

"That was the only time a witness I was cross-examining pointed at me and said I must stop asking these questions," Fields recalled. Shortly after the "little midget" exchange, Disney settled, forking over every penny Fields was demanding for his client.

When a magazine superimposed Dustin Hoffman's face onto a "Tootsie"-themed fashion spread, Fields took up the cause and helped strengthen the publicity-rights laws established by the earlier Beatlemania case.

And, in the days before Katie Holmes and Suri, when Tom Cruise was battling persistent rumors that he was gay, Fields filed several lawsuits, telling reporters that his famous client would happily testify in court that he was not. The practice became known around Hollywood as "press release by lawsuit." (Fields said Cruise always donates the money he wins in court to charity.)

Fields was born in Los Angeles, the only child of a ballet dancer and an eye surgeon whose clients included the Marx Brothers. His father joined the Army, and Fields spent his childhood in boarding houses or in the care of relatives. He enrolled at UCLA and got into Harvard Law School.

After he graduated from law school, he joined the Air Force during the Korean War and worked in the Judge Advocate's Office for two years. He liked the trial work involved in court-martial proceedings. So, when he returned to Los Angeles in 1955, he hung out his shingle.

He merged in 1982 with another firm, creating what would become the entertainment powerhouse Greenberg Glusker Fields Claman & Machtinger. Most people refer to it simply as Greenberg Glusker.

Fields is a bit of an Everyman. He has written a book about Shakespeare and is working on one about Queen Elizabeth I. He teaches entertainment law at Stanford and gives lectures at Harvard.

He also has written two lusty novels under the pen name D. Kincaid. They feature the adventures of a Hollywood lawyer who swaggers his way through women, wine and fabulous five-star restaurants. Fields refers to them as his "sex books."

His literary protagonist, Harry Cain, is friendly with a shady private eye, which brings Fields' real-life story to its darkest chapter. 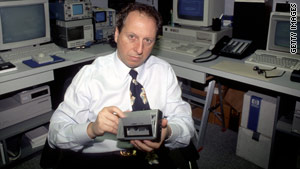 Fields came under FBI scrutiny because he employed Anthony Pellicano, the so-called private investigator to the stars. Pellicano was known for getting great dirt on the opposition, but it turns out that dirt was sometimes obtained through illegal wiretaps. Pellicano is serving a 15-year prison sentence.

"I hired Anthony on a lot of cases," Fields said. "He was the go-to guy here for many years, because he produced results. He was good."

"I never knew there was any wiretapping going on, never," Fields insisted. He spoke of the years he spent under FBI scrutiny as "a tough time," adding that he cooperated fully.

"I was never a target," Fields addes. "I guess the FBI would say I was a person of interest. They subpoenaed me for the trial. I went down to testify. I was prepared to testify. I waited for two days and was never called."

For a while, the Pellicano case occupied Hollywood's water-cooler chatter. Now, the scandal has faded from the headlines.