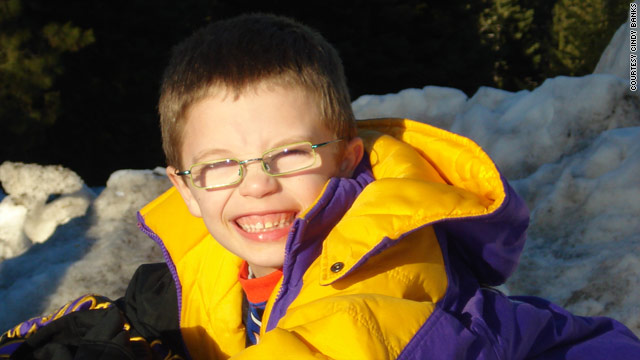 Kyron Horman, 7, has been missing since his elementary school in Portland, Oregon, let out for the summer.
STORY HIGHLIGHTS
RELATED TOPICS

(CNN) -- Tuesday was the first day of classes at the Portland, Oregon, school where Kyron Horman allegedly was last seen in early June. The new year at Skyline Elementary also brings additional security measures to protect the children and staff.

In a letter to parents, Principal Ben Keefer said video cameras will be installed this weekend at Skyline. "These cameras will show external views of the building as well as the main hallway," he wrote. Also, security procedures will be reviewed to ensure they are effective, he added.

Tributes, messages, posters and cards that adorned a "Wall of Hope" for the missing 7-year-old boy were moved Tuesday from school property to a fence outside a nearby fire station, said the Multnomah County Sheriff's Office.

"We're happy that the fire district can provide this service to the community," said Tualatin Valley Fire & Rescue Communications Officer Brian Barker. "Our hearts go out to Kyron's family and we all hope for a positive resolution to this case."

The criminal investigation into Kyron's disappearance has now entered its fourth month with no signs of the child. Police searches are ongoing as officials ask the public for tips and leads on his whereabouts.

Kyron's stepmother, Terri Horman, who said she dropped him off at school on the morning of June 4, has been the subject of intense scrutiny for several months.

In divorce filings, her ex-husband, Kaine Horman, said he believes that Terri Horman "is involved in the disappearance of my son Kyron."

Investigators are seeking anyone who may have seen a white pickup truck believed to have been driven by Terri Horman on the morning Kyron vanished.

Thursday will mark Kyron's eighth birthday. Desiree Young, his biological mother, said she will celebrate the birthday by releasing red balloons outside a church in Medford, Oregon.