Georgia town to residents: Uphold the law -- uphold your pants 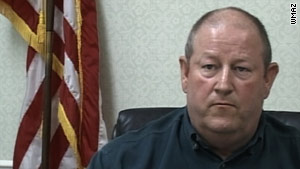 (CNN) -- The town of Dublin, Georgia, is putting saggy, baggy pants in the category of indecent exposure, with violators facing fines of up to $200.

Dublin Mayor Phil Best said he plans to sign this week an amendment to the municipality's indecent exposure ordinance. The amendment, which Best plans to put into immediate effect at the City Council meeting, prohibits the wearing of pants or skirts "more than three inches below the top of the hips exposing the skin or undergarments."

"We've gotten several complaints from citizens saying the folks with britches down below their buttocks was offensive, and wasn't there something we could do about it," Best said.

Patrolling for offenders will be left to local police in the town about 140 miles southeast of Atlanta. Violators could face fines ranging from $25 to $200, or court-mandated community service.

"That's not our intent, we'd (rather) not fine anybody but we are prepared to," Best said.

Dublin residents are divided on the issue.

Lashika Haynes supports the push to force folks to pull up, "It's just disrespectful by showing your drawers to people," she said.

But there are those who feel that the ordinance singles out a specific group of citizens.

Jean Wolf, who volunteers with young black men in the community said, "They're the ones wearing the saggy, baggy pants."

Wolf said she believes the ordinance will lead to profiling by authorities.

"It's for white, black, man, woman. The ordinance is for everyone, and I've seen it violated by all races and sexes," Best said.

Dublin is not alone in its pull-up-the-pants campaign. Riviera Beach, Florida, and Flint, Michigan, passed bans against sagging pants in recent years, but the Riviera Beach legislation later was declared unconstitutional after a court challenge.

In the non-judicial realm, a state senator in Brooklyn, New York, announced plans earlier this year for a series of billboards featuring young men wearing low-hanging pants and the catchphrase, "Raise your pants, raise your image."

It is not lost on the mayor and the City Council in Dublin that this ordinance opens the door to what could be a pretty tricky debate over what is indecent exposure. For instance, how much is too much cleavage, and are certain tattoos indecent? The mayor seems to welcome the discussion as a natural part of the law-making process.

"I don't know a law or ordinance that doesn't stand scrutiny by the people and the court system. So time will tell. There have been plenty of laws that have gone all the way to Supreme Court," Best said.

According to the mayor, the local high school already enforces a strict dress code which puts a tight belt around students and their saggy pants, sending violators home for the day.

"It's time we all have a mutual respect for each other ... what a person does in the privacy of their home is fine," Best said. "But if I had an 8-year-old daughter, I don't think she needs to be subjected to looking at someone's rear end."