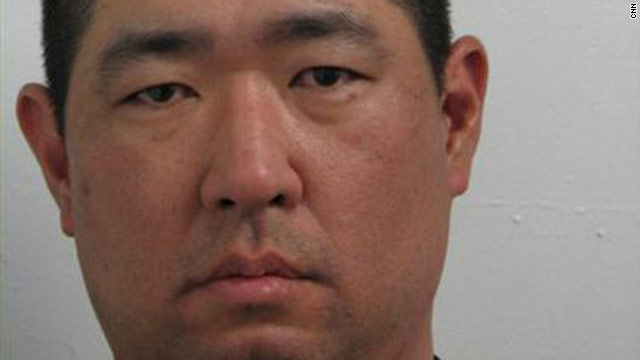 (CNN) -- The gunman who held three people hostage at the Discovery Channel headquarters was once convicted of smuggling an illegal immigrant into the country from Mexico.

In 2003, James Lee, pleaded guilty to smuggling a woman from Tijuana, according to documents from a California federal court. He was sentenced to 18 months in prison for the crime.

In court documents, Lee admitted to smuggling immigrants at least three times and being paid for it.

This revelation comes in stark contrast to the manifesto Lee left where he railed against immigrants.

Lee was killed by police Wednesday after the attacker held three people hostage for hours in the Discovery Channel offices in Silver Spring, Maryland.

Lee was linked to a manifesto that was posted on the Internet, a source close to the investigation told CNN.

The hostages were unharmed in the Wednesday incident.

Police on Thursday said that Lee had two starter pistols that he used during the standoff, and not handguns as previously thought.

Montgomery County Fire Chief Richard Bowers said that authorities recovered four devices from the scene, and an additional four devices from a residence. He described the objects only as "devices," and said that they were rendered safe and detonated.