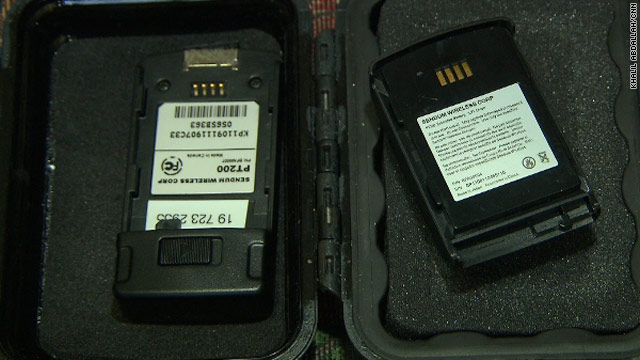 (CNN) -- Law enforcement officers may secretly place a GPS device on a person's car without seeking a warrant from a judge, according to a recent federal appeals court ruling in California.

Drug Enforcement Administration agents in Oregon in 2007 surreptitiously attached a GPS to the silver Jeep owned by Juan Pineda-Moreno, whom they suspected of growing marijuana, according to court papers.

When Pineda-Moreno was arrested and charged, one piece of evidence was the GPS data, including the longitude and latitude of where the Jeep was driven, and how long it stayed. Prosecutors asserted the Jeep had been driven several times to remote rural locations where agents discovered marijuana being grown, court documents show.

Pineda-Moreno eventually pleaded guilty to conspiracy to grow marijuana, and is serving a 51-month sentence, according to his lawyer.

But he appealed on the grounds that sneaking onto a person's driveway and secretly tracking their car violates a person's reasonable expectation of privacy.

"They went onto the property several times in the middle of the night without his knowledge and without his permission," said his lawyer, Harrison Latto.

The U.S. Ninth Circuit Court of Appeals rejected the appeal twice -- in January of this year by a three-judge panel, and then again by the full court earlier this month. The judges who affirmed Pineda-Moreno's conviction did so without comment.

The ruling likely won't be the end of the matter. A federal appeals court in Washington, D.C., arrived at a different conclusion in similar case, saying officers who attached a GPS to the car of a suspected drug dealer should have sought a warrant.

One of the dissenting judges in Pineda-Moreno's case, Chief Judge Alex Kozinski, said the defendant's driveway was private and that the decision would allow police to use tactics he called "creepy" and "underhanded."

"The vast majority of the 60 million people living in the Ninth Circuit will see their privacy materially diminished by the panel's ruling," Kozinksi wrote in his dissent.

"I think it is Orwellian," said Marc Rotenberg, executive director of the Electronic Privacy Information Center, which advocates for privacy rights.

"If the courts allow the police to gather up this information without a warrant," he said, "the police could place a tracking device on any individual's car -- without having to ever justify the reason they did that."

But supporters of the decision see the GPS trackers as a law enforcement tool that is no more intrusive than other means of surveillance, such as visually following a person, that do not require a court's approval.

"You left place A, at this time, you went to place B, you took this street -- that information can be gleaned in a variety of ways," said David Rivkin, a former Justice Department attorney. "It can be old surveillance, by tailing you unbeknownst to you; it could be a GPS."

He says that a person cannot automatically expect privacy just because something is on private property.

"You have to take measures -- to build a fence, to put the car in the garage" or post a no-trespassing sign, he said. "If you don't do that, you're not going to get the privacy."