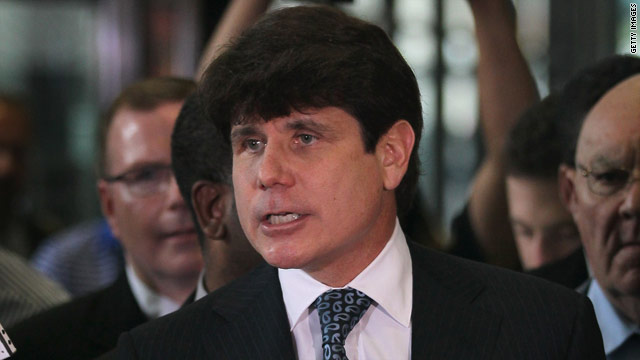 Former Illinois Gov. Rod Blagojevich was found guilty of one count of lying to the FBI.
STORY HIGHLIGHTS

(CNN) -- The date for round two in the Rod Blagojevich courtroom drama could be decided Thursday at a hearing.

Lawyers are scheduled to get together at a Chicago, Illinois, federal courtroom where they could decide the date for the retrial of Blagojevich.

Blagojevich was found guilty last week of lying to the FBI, but escaped convictions on 23 other counts in a trial seen as a partial victory for the former governor.

The two-term Democrat was removed from office in January 2009 amid accusations that he attempted to sell the U.S. Senate seat occupied by Barack Obama before he was elected president.