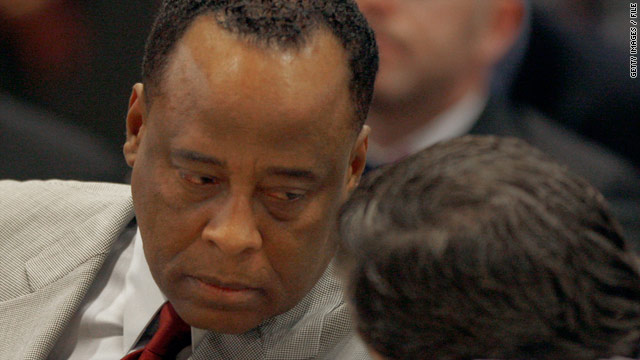 Los Angeles, California (CNN) -- A judge has delayed the preliminary hearing for Dr. Conrad Murray, charged in Michael Jackson's death, until early next year because more investigation is being done and some prosecution witnesses won't be available until then.

The hearing, in which prosecutors will try to convince the judge there is probable cause to hold a trial, was expected to start in October.

Murray sat silently in front of the judge at Monday's court appearance, while Jackson's elderly parents watched from the second row.

Judge Michael Pastor said he "wanted to expedite" the case, but he understands it will take more time for each side to prepare.

The preliminary hearing, which is estimated to take two or three weeks, is now scheduled to start on January 4, Pastor said.

Dozens of Michael Jackson fans, angry about the pop star's death, gathered outside the courthouse Monday. A handful of them were allowed inside to witness the proceedings.

Murray is charged with involuntary manslaughter in Jackson's death, which the Los Angeles County coroner ruled was from an overdose of propofol, a powerful anesthesia used to put surgical patients to sleep.

"The fact [of the way] that he died was a mystery a year ago, and still is," Houston attorney Ed Chernoff told CNN in an exclusive interview recently.

Members of Jackson's family have attended each hearing since Murray's arrest in February.

When brother Jermaine Jackson left the last hearing in June, he indicated some of them were not satisfied with the case against Murray.

"Dr. Murray's the fall guy," Jermaine Jackson said after the hearing. "This is bulls--t."

California authorities announced last month that seven other doctors and a nurse who treated Jackson will not face criminal prosecution in connection with the singer's death.

Pastor denied a request by the state medical board to order Murray to stop practicing medicine as a condition of his bond while he awaits trial. His lawyer said he has no California patients, although he continues to treat patients in Nevada and Texas.

Jackson fans have organized protests at each hearing, taunting Murray as he enters and departs the courthouse.

One fan website said they would follow Murray "into the streets" after Monday's hearing with banners on an overpass of the Hollywood Freeway.