Call to police: 'I'm not going to kill anybody else' 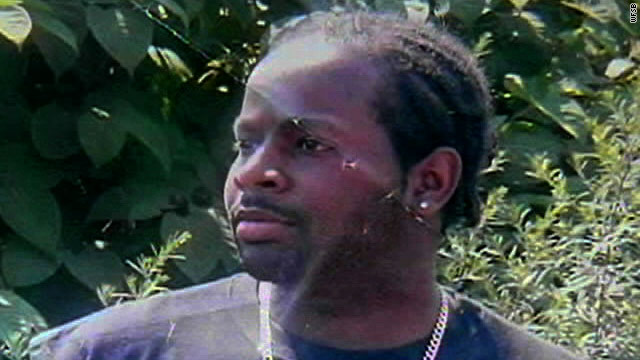 (CNN) -- Omar Thornton, minutes after gunning down eight co-workers in Manchester, Connecticut, called state police and told them, "I took it into my hands" because he worked at a "racist place," according to a recording of the call.

Thornton, 34, told police, "I wish I could have got more of the people." He also said, "I'm not going to kill anybody else."

The Hartford Distributors employee fatally shot himself Tuesday after the shooting spree that followed his resignation over theft allegations.

The gripping recording of Thornton's four-minute 911 call was released Thursday, the same day the company said he never filed a complaint alleging racial discrimination, as his girlfriend Kristi Hannah asserted.

"You probably want to know the reason why I shot this place up. This place is a racist place. They treat me bad over here. They treat all the other black people employees bad over here, too. So I took it into my hands ... I wish I could have got more of the people," he said.

Two dispatchers spent most of the call trying to get Thornton to tell where he was, to remain calm and surrender. Police also wanted information on guns he had. Thornton, who killed himself in an office, had a single handgun left by the time of the call. He said the Ruger "was one of my favorites."

Thornton said he thought police were going to kill him.

He declined to give his location in the warehouse. "When they find me everything is going to be over," he said.

"They treated me bad since I started here. A racist company," Thornton said at one point.

Toward the end of the call, Thornton said, "Tell my people that I love them and I've got to go now."

One of the dispatchers said, "If you work with me we will get this to stop."

Police were closing in on the suspect by this point.

Ross Hollander, whose family owns the business, said there were no grievances filed with the company or Thornton's union. "I can state to you unequivocally no racism claim was ever alleged," Hollander said at a news conference at which he pledged the company would cooperate with any investigations.

"She's devastated, back to bawling again," Joanne Hannah said. "I can't even believe he did that. I guess you don't really know people, its crazy."

Kristi Hannah said her mother told Thornton to take pictures of the alleged harassment with his cell phone. He took two pictures in the men's bathroom at work, she said. She described one as his name written on a cartoon, and the other as a drawing of a hangman with a noose around its neck. Connecticut state police have the phone.

Hannah's mother said Thornton heard a co-worker say he "wanted that n****r out of there." She said Thornton told his girlfriend he had reported harassment to a company supervisor and a union representative, but nothing was done about it.

Manchester police have said they have found no evidence of racial discrimination.