7 of Michael Jackson doctors will not face criminal charges 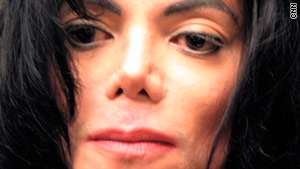 Los Angeles, California (CNN) -- None of the seven doctors and one nurse investigated by California authorities will face criminal prosecution in the death of singer Michael Jackson, the state attorney general's office said Wednesday.

Investigators did not find sufficient evidence to recommend criminal prosecution of any of the medical practitioners, said Christine Gasparac, a spokeswoman for Attorney General Jerry Brown.

But a doctor who prescribed drugs to the pop singer using a fake name shortly before the singer's death could be disciplined by the California medical board, Gasparac said.

She would not identify the doctor referred to the medical board or the others who were cleared.

Dr. Conrad Murray, who was Jackson's personal physician when he died a year ago, was not part of the probe, Gasparac said. Murray was charged with involuntary manslaughter earlier this year in the entertainer's death.

"After reviewing hundreds of pages of records and documents obtained from the medical practitioners, the attorney general's office has referred one doctor, who wrote prescriptions to an alias known to have been used by Jackson, to the California medical board for further review," Gasparac said.

Investigators also visited Klein's office, where Jackson was seen several times in the weeks before his June 25, 2009, death.

Searches of Jackson's rented mansion revealed a long list of prescription drugs in his bedroom after his death, according to court documents and the autopsy report.

The Los Angeles County coroner ruled that Jackson's death was from an overdose of propofol, a powerful anesthesia used to put surgical patients to sleep.

A consultant's report included in the autopsy said the level of lorazepam, a powerful anti-anxiety agent found in Jackson's body "would have accentuated the respiratory and cardiovascular depression from propofol."