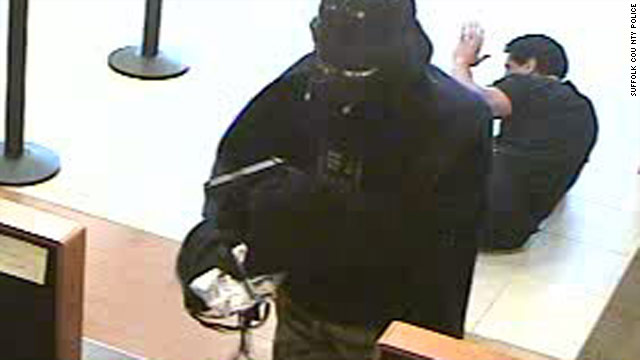 New York (CNN) -- Long Island may be far from the Death Star, but that didn't stop Darth Vader from paying a less-than-friendly visit to a bank in East Setauket, New York.

Or at least he looked like Darth Vader, except for the camouflage pants.

The costumed man, with a mask and cape, entered a Chase bank Thursday morning and demanded cash. Although he didn't have a lightsaber, his gun was more than enough to persuade the teller to hand over the money.

The caped criminal then fled east through the bank's parking lot.

Suffolk County police said they are searching for the man, described as around 6 feet tall.