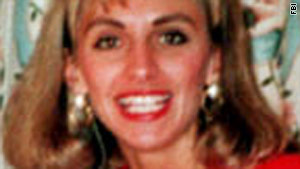 New York (CNN) -- As a child, Christy Ann Mirack played teacher while her brother and sister pretended to be her students.

As it turned out, Mirack was rehearsing for adulthood.

"Her dream in life from early on was to be a schoolteacher,'' recalled Vince Mirack, her brother. Soon after she reached her goal, ''it was taken away from her," he said.

On December 21, 1992, Mirack did not show up to teach her first-grade class at Rohrerstown Elementary School in Lancaster County, Pennsylvania.

Phone calls to her home went unanswered, and the school's principal, Harry Goodman, drove to the apartment Mirack shared with a female roommate who had already left for work.

The door was ajar, and inside Goodman discovered a gruesome and terrifying scene. Mirack, who was 25, had been strangled, beaten and raped, said Det. Joseph Edgell, who leads the murder investigation for the East Lampeter Township Police Department.

There was no sign of forced entry, and an object from inside the home was used in the beating, Edgell said.

He declined to describe the object because the investigation is ongoing and the killer may still be alive.

"There were a number of 'persons of interest' from the onset of this investigation,'' Edgell said.

Tip Line
Anyone with information on Christy Ann Mirack's death is asked to call the East Lampeter Township police at 717-291-4676.
RELATED TOPICS

Many were cleared by DNA testing, including a significantly older married man Mirack was discreetly dating. But to this day, investigators keep an eye on a few people, Edgell said.

A white vehicle with black louvers covering the rear window, similar to a Dodge Daytona, may have been in the area at the time of the crime, authorities said.

East Lampeter Township, in Pennsylvania Amish country, has about 13,500 residents, according to the 2000 census. It covers 21 square miles.

Mirack lived in a quiet development of townhomes near a business park. Edgell said one of the early investigators on the case who spoke with her friends and colleagues described Mirack as an all-American girl.

Lack of information has made the case difficult to solve, Edgell said.

He believes someone must know something about the case that could help police.

"Even something which a person may believe to be trivial could be useful in determining who did this,'' he said.

Vince Mirack describes his sister as a great, bubbly person with a good sense of humor. He imagines by now, at 41, she would have been married with children of her own.

"She really liked kids. That's why she taught elementary school,'' he said.

Mirack said he has struggled over the years to keep the case going and to maintain public awareness. At his own expense, he put up a billboard seeking information on his sister's slaying.

"We still don't have the answers that we want today,'' he said.

Anyone with information on the case is asked to call the East Lampeter Township Police Department at 717-291-4676. A $10,000 reward is offered for information leading to an arrest and conviction.