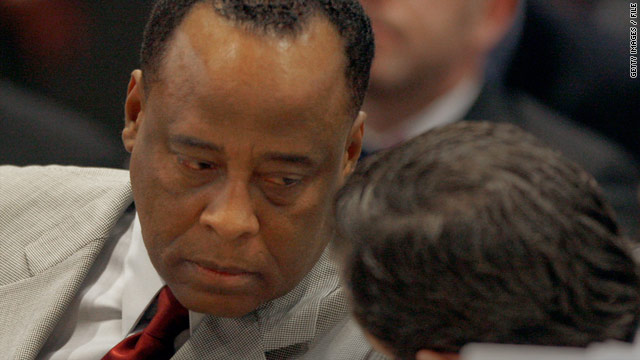 The board had asked the courts to suspend Murray's license as a condition of his bond on a charge of involuntary manslaughter in the death of Michael Jackson. But a judge this week delayed a decision on that request until June.

Brown wrote in a court filing last month that Murray's treatment of Jackson "demonstrated a serious lack of judgment that should prohibit him from practicing medicine."

He argued making the suspension a condition of his bond would "accomplish public protection quickly, efficiently and economically."

Los Angeles County Superior Court Judge Michael Pastor, who was chosen just Monday to preside over Murray's trial, decided he would not be ready to consider the medical board's request until June 14.

At a news conference in Los Angeles on Tuesday morning, Brown said the medical board will go ahead with its own investigation and proceedings to take Murray's license. Brown's department provides lawyers to represent the medical board.

Murray was charged with a single count of involuntary manslaughter in Jackson's death, which the coroner ruled was the result of acute propofol intoxication. Propofol is an anesthetic.

Murray has no patients in California, but he has resumed his medical practices in Houston, Texas, and Las Vegas, Nevada, defense lawyer Ed Chernoff said. Suspending his California license would trigger a domino effect, causing Texas and Nevada officials to take action, he said.

Taking away his income as a doctor would be a "death nail" in Murray's defense because he then could not afford to pay for his lawyers or expert witnesses, a spokeswoman for the defense team said.

Michael Jackson's parents, Joe and Kathryn, brothers Jermaine and Randy, and sister Janet sat just a few feet away from Murray during Monday's hearing. About a dozen members of the public, mostly Michael Jackson fans, sat behind them.

Jackson fans hissed and groaned loudly as Murray walked by them in the court hallway before the hearing, but the doctor remained stone-faced. Deputies who separated them warned the fans that they would be escorted out if there were other outbursts.