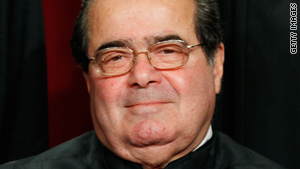 Washington (CNN) -- The Supreme Court ruled Wednesday that a police reinterrogation of a Maryland man suspected of sexually assaulting his own son did not violate the suspect's right to an attorney.

The man confessed to the crime nearly three years after first refusing to cooperate with detectives without legal representation present.

The justices walked a delicate legal line when deciding how long a suspect's constitutional right to counsel should remain valid. The court concluded that a two-week period after questioning is enough to satisfy "any residual coercive effects of his prior custody."

Michael Shatzer at first denied the allegations, and the case went cold. But when new evidence surfaced, he was questioned again behind bars and admitted the abuse. He then tried to suppress the confession at trial.

A Maryland appeals court ruled that because Shatzer remained in jail the entire time police were investigating the child molestation claims, there was "no break in custody" by authorities that would allow incriminating evidence to be used from the second interrogation, when no lawyer was present. The judges threw out the confession.

State officials then appealed to the Supreme Court, which reversed the decision.

The case from Hagerstown, Maryland, began in 2003 when a social worker told police she suspected that Shatzer had forced his then-3-year-old son to perform sex on him. By that time, the man was in state prison on an unrelated offense of molesting another child. When detectives met with him in jail, Shatzer invoked his Miranda right to an attorney and refused to talk. The interview ended.

The investigation soon stalled, but three years later, the social worker went back to police and said the child had grown old enough to make specific allegations against the father.

Confronted by another police officer in two subsequent jailhouse interviews in March 2006, Shatzer waived his right to an attorney before confessing to child molestation. Officials said that at no time did Shatzer request a lawyer.

Justice Antonin Scalia, writing for a unanimous court, said, "The duration of the break in custody here (2½ years) was plainly enough to eliminate the residual coercive effect of his prior custody. But would one year be enough? Or one week?"

Scalia said it is important for lower courts to have some guidance on an acceptable period, so the justices settled on 14 days, "plenty of time for the suspect to get reacclimated to his normal life, to consult with friends and counsel," after being in custody.

The conservative justice also said that the fact Shatzer remained in prison, under state control, between the two interrogations did not mean there was no break in custody as defined in connection with this issue.

"When sentenced prisoners are released back into the general prison population, they return to their accustomed surroundings and daily routine," Scalia said. "They regain the degree of control they had over their lives prior to attempted interrogation."

Justice John Paul Stevens broke from his colleagues on the time question, suggesting that the two-week break in custody was not enough time to satisfy the Miranda protections. On the other hand, Justice Clarence Thomas suggested that the 14-day standard was too long.

The landmark 1966 Miranda v. Arizona ruling by the Supreme Court established standards for questioning suspects, giving them the right of refusal to talk and the right to a lawyer.

Attorneys from both sides in the Shatzer case noted that federal and state courts have been at odds over the time and custody question involving police interrogations.