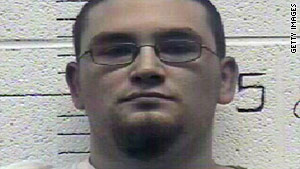 Paul Schlesselman of West Helena, Arkansas, faces 10 years in prison under a plea agreement reached with federal prosecutors in Tennessee.

He also planned to "murder dozens of people with a focus on murdering African-Americans" the Justice Department said.

"Despite great civil rights progress, hate-fueled violence remains all too common in our country, as illustrated by this unthinkable conspiracy," said Assistant Attorney General for Civil Rights Thomas Perez in a statement issued by his Justice Department office.