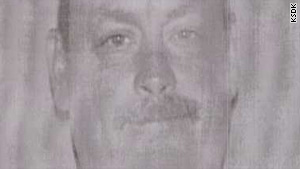 Timothy G. Hendron arrived at work Thursday with three weapons and hundreds of rounds of ammo.

But, police said Friday, Hendron also donned a fanny pack filled with magazines for the guns he allegedly used to pop off more than 100 rounds, killing three and wounding five others.

Hendron arrived at work armed with hundreds of bullets and an assault rifle, two handguns and a shotgun, St. Louis Police Capt. Michael Sack said at a news conference Friday.

When they entered the facility, Sack said, police found "a gruesome scene" -- the dead and wounded and those employees desperately hiding from the shooter.

The 51-year-old suspect was found inside an ABB Inc. office dead from a self-inflicted gunshot wound, police said. Carlton J. Carter, 57; Terry Mabry, 55; and Cory Wilson, 27, were dead from gunshot wounds to the head. Mabry also was shot in a leg and Wilson was also shot in a shoulder, according to authorities.

Police were investigating whether the shooter targeted the victims, Sack said.

Police are also looking into the motive for the shooting, but Sack said it could remain a mystery.

Video: Deadly shooting at a factory

"I would imagine that you could say yes [it was premeditated], because most people don't come to work armed in such a manner, but that's just speculation," Sack said. "We have to go back and try and figure out what motivated him and like I said, we may never truly know what motivated him to do this."

Sack said police are looking into Hendron's work history and his personal relationships.

Hendron was one of a group of ABB employees listed in a lawsuit filed in 2006 against administrators of the company's retirement plan. Police said they were working closely with ABB executives to get more information about the suspect and his status with the company prior to the incident.

ABB spokesman Bob Fesmire said Thursday there are about 100 employees who work at the facility, but some of them were unable to come in Thursday because of heavy snow. Police estimated 40 to 50 employees were in the building at the time of the incident.

The federal suit filed by Hendron and others accuses pension plan administrators of, among other things, causing the plan to include "unreasonable and excessive" fees and expenses, paid by participants, without their knowledge and not used for their benefit or that of the plan.

Linda Siegfried, a spokeswoman for the law firm representing the plaintiffs, told CNN on Thursday that Hendron was among the plaintiffs, although his name is spelled three different ways in court documents. A trial on the matter is currently being held in Kansas City, Missouri, Siegfried said. She didn't know whether Hendron would have been required to be present. Online federal court records show the trial began January 5.

Siegfried would not comment further except to say the firm offers its concern for the welfare of the victims.